A new Auckland housing project will not address homelessness, but will offer options to help ease demand, the iwi that expects to help build it says. 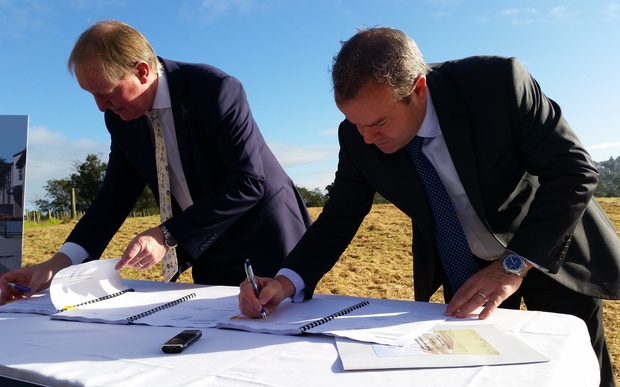 Ngāti Whātua o Ōrakei is in talks to partner up with Fletcher Residential, the company awarded a $130 million contract to build 196 homes on Crown land in West Auckland - 59 of which will be social housing.

Housing Minister Nick Smith said today the first homes would not be available until August next year.

In May last year, he said the 9.2ha block on Moire Road, formerly owned by the Ministry of Education, would see its first homes by Christmas.

"What happened after that was the iwi filed court action against the Crown," he said.

"As a consequence we then entered into a memorandum of understanding to resolve those issues, so that caused some delay."

As part of that memorandum, the Crown had to offer the development to the Iwi Limited Partnership, composed of 14 Auckland iwi, but that was turned down in March.

"They declined, so the contract being signed today is between the government and Fletcher Residential."

"But equally, we have said to a number of developers if they're able to build relationships with iwi in the development that is a choice for them." 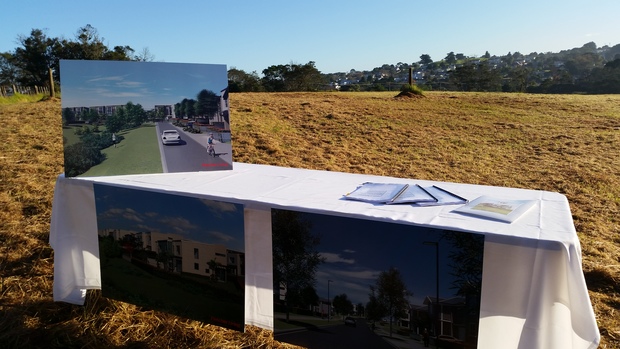 The land will be developed into 196 homes, including 59 social housing units. Photo: RNZ / Mohamed Hassan

Since the deal with iwi fell through, Fletcher has been in talks with Ngāti Whātua Ōrakei.

Its director, Ngarimu Blair, said the 14 iwi tried to work together to put forward a single bid, but that did not work.

"These are very technical projects and with short timeframes, and everyone's got varying levels of capacity, so it was just a matter of timing really.

"Things are progressing more positively, and everyone's learning out of this whole process."

Mr Blair said it was still unclear what Ngāti Whātua o Ōrakei's role would be in the Moire Road development.

He said while it would help let off some steam on the demand for housing, it was not a cure for families who were without a home.

"This project won't address homelessness, however this will provide more houses."

"Everyone understands there's a huge shortage in the region, so it's a small step in that direction."

He said there were more projects in place across Auckland, and he hoped iwi could work together on those.

Of the 196 homes to be developed on the block, 59 have been set aside for social housing and will be sold for under $500,000 to social housing providers.

Fletcher chief executive for building Steven Evans said he hoped Ngāti Whātua o Ōrakei would help out with that.

"We would like to see that there is good iwi participation in that, as well as in the open market."

He said the company wanted to see a true partnership of making decisions together and both having an impact on design and building.

Construction on the project will not start until February next year, and will include the first lot of social homes as well as a mix of detached, terraced and duplex homes.

Dr Smith said it was the first agreement made under the Crown land programme, and it would be followed by three more sites with scope for 600 apartments in Manukau, 60 dwellings in Mount Albert and 80 homes in Waterview.