Two people were injured after a bus carrying 15 Avonside Girls High School students collided with a van in Christchurch this morning. 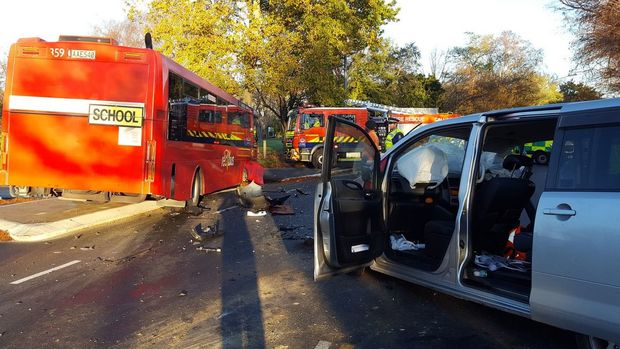 The scene of the crash. Photo: RNZ / Conan Young

The incident happened at about 8.30am on a busy road close to the school.

A witness said the van turned into the path of the bus, which mounted a road island after the collision before stopping.

The van driver and one of the students was taken to hospital with minor injuries and 13 others were treated at the school for minor scrapes.

Avonside principal Sue Hume, who was one of the first on the scene, said it could have been much worse and the students were coping well.

"They're shocked but I think it just speaks of the resilience of young people... [that] most of those girls were wanting to get back into class."