The tenant of a building gutted by a large fire in West Auckland says he's lucky it's insured. 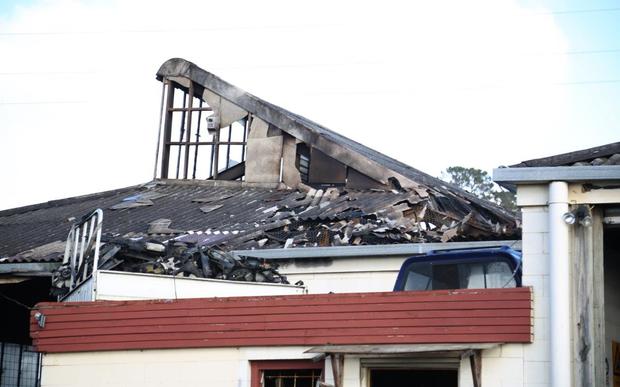 Fire investigators have been at the car-wrecking yard in McLeod Road, in the suburb of Te Atatu South, today following yesterday's blaze.

The owner of the business, who does not want to be named, said he rented the building, but it was covered by insurance.

He understood sparks started the fire.

An adjoining business, which manufactures steel beams, was also affected, with its roof badly burnt.

A public health officer was today assessing the risk of asbestos found in the building's roof.

Assistant area commander John Booth yesterday said the fire was contained, but it destroyed a roof with asbestos.

Mr Booth said a public health officer was called to assess the building.

Eleven firefighters were decontaminated as a precaution, before being sent home.

Since the area was quite wet, the public health officer was happy to deal with it in the morning, Mr Booth said.

"If the asbestos was allowed to dry out and the wind got up, it could become a hazard to people," but firefighters would keep the area wet to mitigate the risk, he said. 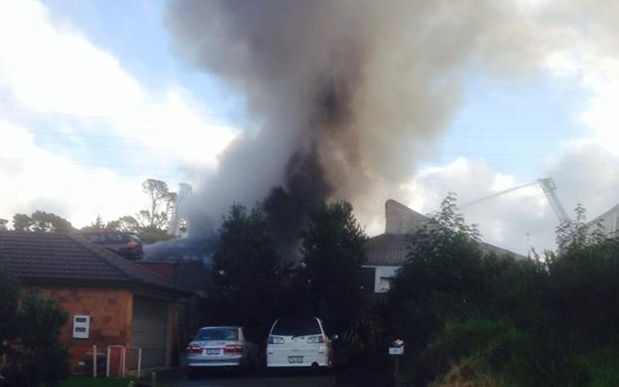 A public health officer will be assessing the asbestos risk today after a large fire at a car wrecking yard. Photo: FACEBOOK / Patrick Pardo

Neighbours were yesterday told to stay indoors, but one resident, Patrick Pardo, said he wasn't told about the asbestos.

Auckland Regional Public Health medical officer Richard Hoskins said there was "no acute risk" to the public and a full assessment would be carried out today.

Mr Booth said the public health officer would also make sure the asbestos was disposed of properly.

He said public health would also visit and swab nearby properties to make sure there was no hazard around following the fire.