Walkers and cyclists using pathways around Nelson Airport are often surprised to hear a few brass notes coming from behind the trees and shrubs. 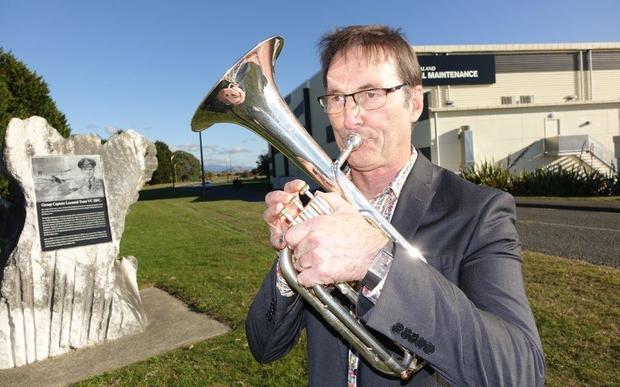 The tunes are courtesy of leading New Zealand brass musician Mike Ford, who enjoys getting out of his airport office for a blast during tea breaks.

Mr Ford said he had been playing brass since he was a youngster in Hawke's Bay, and was inspired by a trip to town one night.

"I've been playing brass since I was 11 years old. My parents were musical - Dad played the violin and double bass, and Mum was a piano teacher. We lived in Central Hawke's Bay and every Friday night we'd go into Waipukurau, which was the big smoke for me back then.

"One Friday night the Waipukurau Boys Band was playing outside in a car park, and I really liked the sound of it."

The young Mike listened while his parents did the grocery shopping, and by the time they had finished, he was hooked.

"I said, 'I want to do that', and I've been pretty much doing it ever since."

Mr Ford often drew on that early experience as a lesson for young musicians. 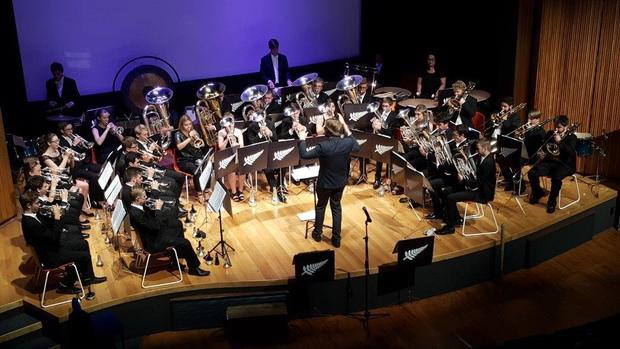 Mr Ford wears many hats, including that of manager of the national youth brass band of New Zealand. Photo: SUPPLIED

"Now that I'm reasonably established as a brass player, it pays to remember where I came from, and when I try and encourage little kids I remember that inspiration comes from being exposed to something that makes a person want to do that, or be like that."

Music had taken him around the world, and he was grateful for that.

He practised for a couple of hours each day, fitting around his job.

"At times I feel I just need a break from the office and so I grab my horn and disappear here down by the river."

The river is the creek that runs alongside the public walkway and cycleway next to Nelson Airport. Mr Ford said he sometimes got quite an audience.

"Quite a few people stop to listen. I think they enjoy it."

Inspiration and a good set of lungs were important ingredients to becoming a top brass musician, he said.

"You develop the lungs over time. I was on a leadership course a couple of months ago and out of the blue they held a breath-holding competition. Everybody had bunged out after about 30 seconds and after two minutes I was still going."

Mr Ford said there was a crossover between his job and his hobby.

Mr Ford is also filling a part in the Wellington Brass Band and he will be joining them for a trip to the UK for the British Open brass band contest in September.