KiwiRail has been accused of price-gouging and being a bad neighbour after increasing rents to farmers who lease land alongside its railway lines by as much as 400 percent.

The rail carrier says it is adjusting "peppercorn" rents, while farmers say they feel pressured by the state-owned enterprise and the extra cost comes at a bad time. 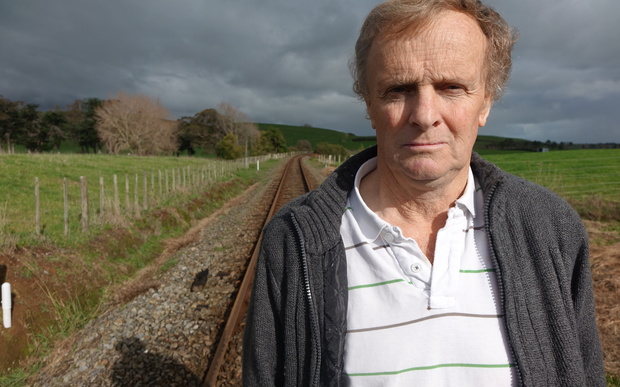 Eltham dairy farmer Bill Gribble has leased about 200ha of land from KiwiRail for the past 15 years.

It is made up of a narrow 4m strip adjacent to the New Plymouth to Marton railway line and is incorporated into his regular paddocks.

He said the lease hike, which includes a 2 percent annual increase, came as a surprise.

"It just came out of the blue. We had a letter from KiwiRail in quite strong language, which we found quite offensive considering we'd been really good tenants of this piece of dirt for a long period of time and we really expected to be treated a little better than that."

KiwiRail did not seem to have taken into account the cost of maintaining the land, Mr Gribble said.

"If we say to KiwiRail 'well look you can have the land back', it's going to be their responsibility to look after it. They're going to have to come and cut the grass and spray the weeds and do the pests, which is going to be a cost to them."

The mothballed New Plymouth to Taumarunui railway line runs through Grant Boyde's Stratford farm, which has been in the family for more than 100 years.

Mr Boyde's lease has increased 400 percent to $500 a year - but he had no idea how KiwiRail came up with the figure. 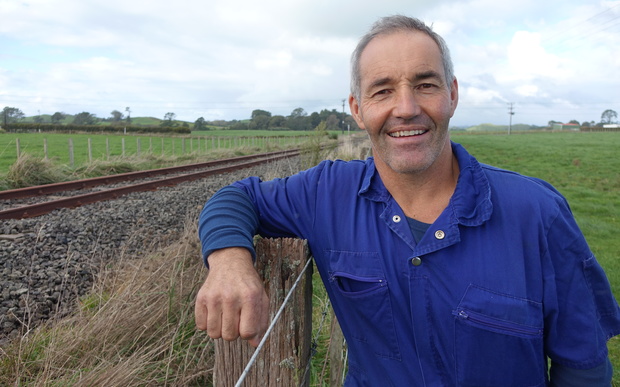 "What value does 4m of land alongside a railway line have where there's no water or anything?

"My concern as a farmer is that if it's not going to be maintained, the grass grows long and there's that fire risk.

"I definitely think KiwiRail need to have more discussions with farmers and when I asked if I could buy the land they said I couldn't so it's interesting times."

Mr Boyde said KiwiRail had told him that if he opted to give the land back to the company he would be responsible for re-fencing the paddocks.

He did not think anybody would take on the strips of land if farmers abandoned them because lessees also required $2 million in indemnity insurance - which would be out of the reach of the average person grazing a pony.

KiwiRail said it managed 18,000 hectares of land and historically some had been occupied for free or at very low rates. There are more than 2000 licensed encroachments on KiwiRail land.

The company earns $30 million per year mostly from commercial leases and said the dramatic increase in farm rentals reflected the low rates.

Some leaseholders had previously been paying nothing or a peppercorn rate.

"When setting rental prices, KiwiRail has balanced fairness to its tenants with fairness to taxpayers who are putting money into KiwiRail every year. They are entitled to expect KiwiRail to adopt market rents for its tenancies," the company said in a statement. 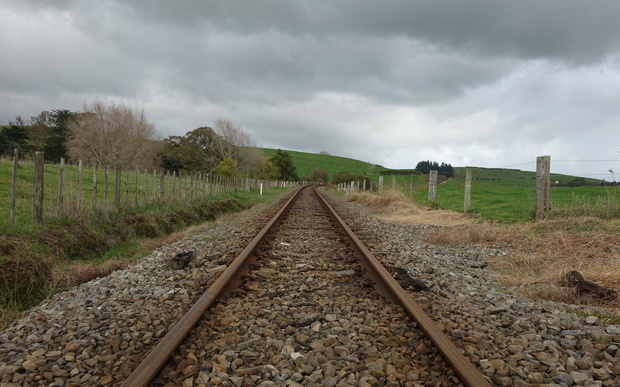 Four metres of paddock each side of the railway line belongs to KiwiRail. Photo: RNZ / Robin Martin

KiwiRail said the methodology for setting the rents had also been discussed with Federated Farmers and was the same as it used for all tenancies, including commercial tenancies.

"KiwiRail understands tenants' disappointment but rents are based on valuation advice and market evidence. The company believes it has dealt with the issue professionally and been consistent in its approach."

That's not good enough for Whanganui MP Chester Borrows, who has taken up the farmers' case alongside Federated Farmers.

"KiwiRail are completely overplaying their hand. A lot of the land they are wanting to charge exorbitant rents for is landlocked and can't be accessed by anyone else.

"If KiwiRail think they've got an option of just saying 'stuff ya' to their neighbours, that isn't the Kiwi way and it is unacceptable in a rural community."

The state-owned enterprise needed to remember it was heavily subsidised by the New Zealand public and sit down and negotiate fair rents with farmers, he said.

So far, KiwiRail has sent letters to 1500 people leasing its land. It said about 60 percent had replied and, of those, about 80 percent had taken up a new lease while 16 percent had sought a review.

Mr Gribble said KiwiRail needed to be careful what it wished for.

"If KiwiRail are going to dig their toes in then, as farmers, we're going to tell KiwiRail they can have their bit of dirt back because it's uneconomic for us to rent it, and they will be left with the implications of that decision.

"I really don't think KiwiRail have thought the issue right the way through."