A less-than-Holy spat has erupted between the Christchurch Hare Krishna Centre and what it says is a "rogue group" operating in Motueka, near Nelson. 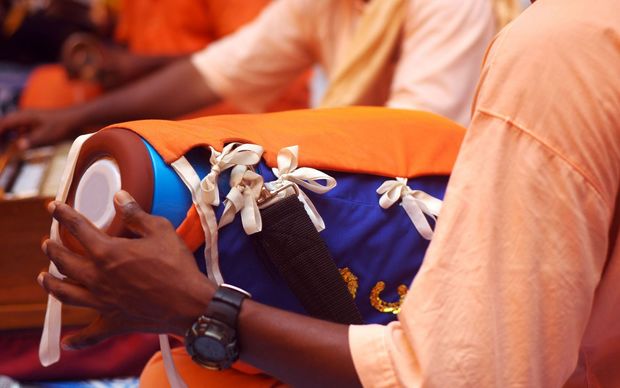 The Christchurch temple has publicly denounced a former member, who is a volunteer with the Motueka-based Nelson Hare Krishna Society.

Graham Porter, known as Gokula-Chandra, was the subject of a public notice from the President of the Christchurch Hare Krishna Centre.

Paul Macsween, or Ramanuja dasa, said in an advertisement published in The Press that Mr Porter and a group of friends had been operating the Hare Krishna farm near Motueka for several years, but Mr Porter had been excommunicated in 2006.

Mr Macsween said the internationally recognised Hare Krishna movement wanted to disassociate itself from Mr Porter, and that the problem went back to a time when Mr Porter and an associate ran the centre in Christchurch.

"There was quite a bit of funny business going on - they weren't toeing the line. We're known as the Hare Krishnas but basically it's the Hindu religion and we lead a strict, disciplined life - it's a monastic life," Mr Macsween said.

He said there were about 30 people worldwide within the International Society for Krishna Consciousness - or Iskcon, who managed excommunications, and that he was not directly involved in such matters.

Mr Porter said he had never received formal notice of his excommunication, but he was not concerned because the group he was now a volunteer with in Motueka was not doing anything wrong.

Mr Macsween agreed that while anyone could call themselves a Hare Krishna, Mr Porter's group was not officially recognised by Iskcon.

"If I was excommunicated from the Catholic Church I could still walk around calling myself a Catholic - we can't stop them saying they're Hare Krishnas, but the official Hare Krishna movement - the International Society for Krishna Consciousness, does not recognise them."

He said it was important groups that were registered as charities were up-front about who they were.

"We're a charitable organisation and we conduct ourselves that way. That's not to say they haven't set up themselves as a registered charity, but the fact they're not recognised by the official Hare Krishna movement would probably have people thinking, 'well who are they'?"

The Nelson Hare Krishna Society is a registered charity, and Mr Porter said it generally did not take money from the public.

"The Nelson Hare Krishna Society makes its money from selling vegetables," he said.

He moved the business to Motueka after the Christchurch earthquakes, which were the final nail in the coffin after four years of recession, he said.

The journal also noted that rtvik was a principal threat to Iskcon, which was where Mr Porter believed the problem lay.

He said freedom of religion allowed the Motueka group to use the term Hare Krishna, but not the term Iskcon because that was a registered name.

"I guess the sum and substance of my reply would be that it's all well that they would want to clarify that people aren't working with Iskcon but the term Hare Krishna movement is not something that have patented or registered.

"So, if any person decides to go out and set up a society that's their free will, and that's what we're doing."

Mr Macsween said they were not bothered about Mr Porter following another doctrine - they were only interested in protecting their reputation.

He declined to comment on the timing of the public notice.

"Our primary concern was that people didn't mistake the behaviour of this rogue group as indicative of what Hare Krishnas are all about."

The Hare Krishna Movement of New Zealand declined to comment because it had no information on Mr Porter or the group in Motueka because they were not affiliated with the mainstream Hare Krishna movement.