More than 200 new archaeological sites have been uncovered as part of the new expressway being built on the Kapiti Coast, north of Wellington. 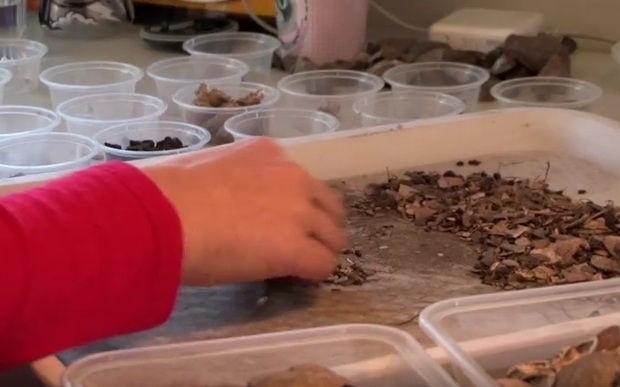 Archaeologists sort through items found along the route of the new expressway being built on the Kapiti Coast. Photo: NZTA/ Youtube

New Zealand Transport Agency has released a video about the find.

Project archaeologist Mary O'Keeffe said the expressway route was like an archaeological test trench and a fascinating story of Māori travelling and trading had emerged.

"The coastal dunes appear to be the 'fish and meat aisle of the supermarket'. It seems people came to the coast to get the rich coastal resources, but didn't settle permanently - this is demonstrated by the fact we've found no evidence of gardening in any of the sites along the route."

Ms O'Keeffe said they were now looking more closely at areas where samples had been found to get more details about what people were eating and what species were around.

She said the find suggested Māori came to the coast mainly for the rich resources, but didn't settle permanently.

"Some of the sites were quite little and then at the other end of the spectrum some were really, really big sites."

"That implies a really organised group of people - 'ok come on lads, we're going down to the beach and we're gathering a whole lot of shellfish' - and then everyone sits around and processes it in a really deliberate, planned activity."

Ms O'Keeffe said there wasn't much known about the history of the Kapiti Coast and the sites were a significant discovery.