More than 1000 people are marching in cities across New Zealand demanding an end to child abuse after the death of Moko Rangitoheriri last year. 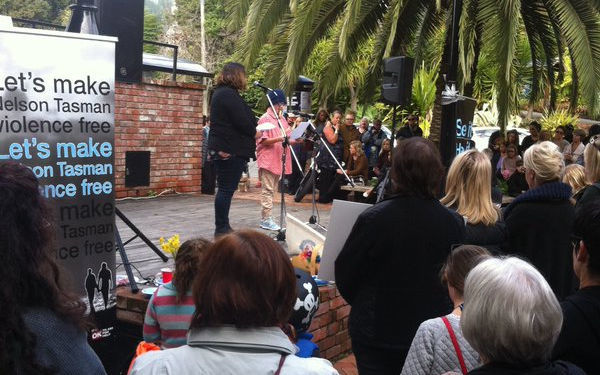 A child who spoke at the Nelson event said "Moko you were important...you were a person, not a person to be." Photo: RNZ / Michelle Cooke

His carers, Tania Shailer and David Haerewa, pleaded guilty to manslaughter, after their charges were downgraded from murder, and they will be sentenced next month.

The march organiser, Auckland mother Karis Vesey, said there was a wider problem that was not being addressed.

About 5-600 people at the march in Nelson pic.twitter.com/6T67KDiWwl

She said New Zealand was one of the most dangerous places for young children to grow up, with an average of 10 children killed every year in domestic violence.

"For some reason it's such a quiet subject when really the nation should be quite loud about it.

"And really it should have happened a long time ago."

In Auckland, an estimated 400 people were in Auckland's Aotea Square to hear speeches by Māori Party MP Marama Fox and Labour's Jacinda Ardern before they marched up Queen Street.

One of the marchers, Vic Tamati from the It's Not Okay campaign, told the crowd he had once been a perpetrator of violence against his family.

"I grew up in the darkness. I thought that bashing up was OK as long as I don't hit them with a machete. I was so, so wrong.

"I did nearly 40 years of violence, I'm responsible for the death of two people ruled as accidents by the Coroner's Court. Those two people aren't coming back - nor is Moko."

He said men in New Zealand needed to step forward and take responsibility for change.

And at Nelson's Trafalgar steps, about 600 people gathered and listened to speeches before walking in unison around the block. 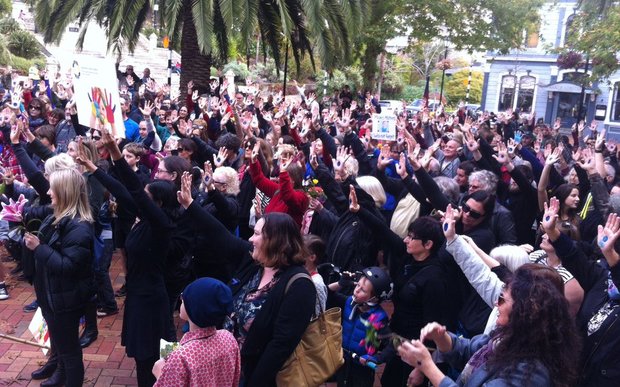 Including grandparents, bikies, the Salvation Army, families and individuals, the group walked in silence around the block, letting only the children's voices be heard.

Each person placed a flower on the steps, in memory of every child who had been a victim of abuse. 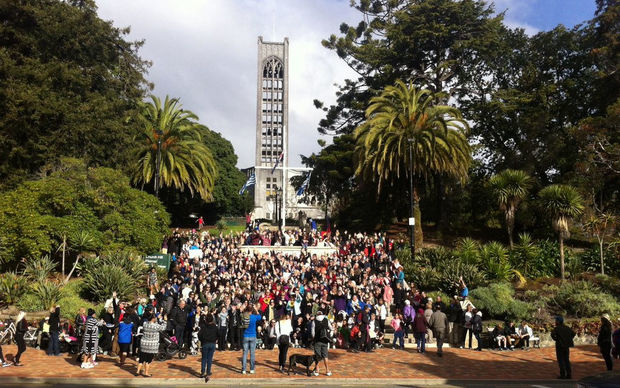 The group gathered at Nelson's Trafalgar steps, near the Nelson Cathedral, left flowers in memory of every child who had been a victim of abuse. Photo: RNZ / Michelle Cooke

Led by a local priest, they sang Tutira Mai Nga Iwi in unison, then went their separate ways.