Fish ladders and spawning bales are used to help migratory species complete their lifecycle, as World Fish Migration Day is marked in the Tasman District and Christchurch. 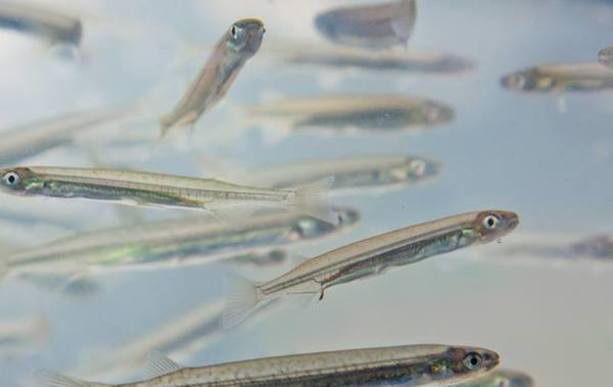 He said most of New Zealand's native fish need to migrate to complete their life cycle, but are prevented by obstacles such as dams and culverts that disrupt the natural flow of rivers.

Mr James said engineers and scientists have worked together to design a special fish ladder on the site of a historic dam in Richmond to aid fish migration.

"In our region there are 15 native fish species that need to make it from the sea, in through our freshwater system, through to their habitats as part of their life cycle.

"So if there is a block to that fish passage, then they can't get to their habitat - and we can't get so many whitebait patties."

Mr James said the dam is one of 300 structures the council has changed in the past 12 years to provide for fish passage.

Seventy-two percent of New Zealand's indigenous freshwater fish species are classified as at risk or threatened with extinction.

Meanwhile, 500 Christchurch schoolchildren celebrated World Fish Migration Day yesterday by bidding farewell to whitebait as they started their journey to the sea. 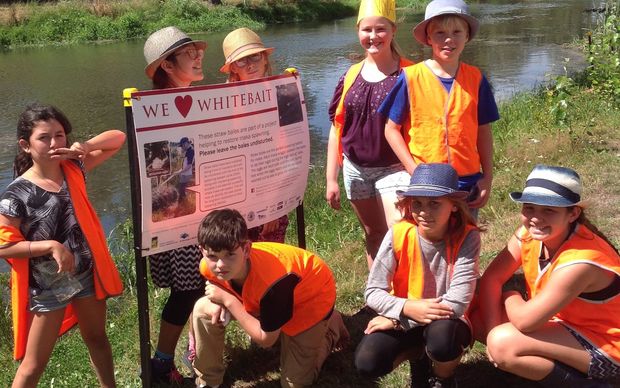 Students from 16 schools have been monitoring pest activity along the Heathcote River and in Lake Kate Sheppard since February, in a bid to restore the whitebait spawning habitat.

The Whaka Inaka project is led by Ngāi Tahu and Canterbury University.

The students have installed 192 straw bales at 31 sites along 3km of the river, creating a temporary spawning habitat.

She said the students have been monitoring the bales, checking for dog poo along the riverside and recording pest activity for the past four months, uploading their findings on an online database.

"We wanted to give kids the chance to be involved in a science project where their work really makes a difference," Ms Brennan said.

She said EOS Ecology could not do the work themselves, which made the schools' input a vital part of the programme.

"At the end of it Christchurch gets an invaluable database about the activity of pest species along its rivers," Ms Brennan said.

Opawa School deputy principal Shevaun Karipa said to be a part of the programme was a unique experience for the children.

"They have been so engaged because it is so relevant to their lives and they can see the difference they are making."