A four-year-old girl who went missing for six hours in rural Northland yesterday was "very cold, but smiling" when rescuers found her. 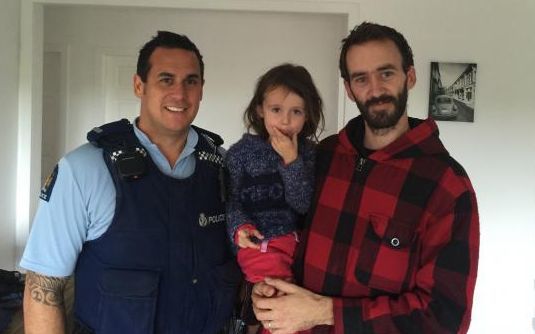 Hailey Alver, who lives in the Arapohue area near Dargaville, went missing at 2.45pm yesterday.

Police, Search and Rescue staff, the Fire Service, and two helicopters were called in to help with the search, and Hailey was found 600m from her home.

Police said she gave her rescuers a big smile and asked for "mum" when they found her.

"One of the rescuers picked her up for a big cuddle. She was very cold but smiling, and kept asking for her mum," says Sergeant Craig Curnow.

He said the searchers threw "everything we had" in the effort.

"It wasn't just emergency services, the local community helped and people were leaving work early, and getting on quad bikes or walking alongside us with torches to find her.

"We were relieved to reach her before the weather took a turn for the worse."

Kerry Turek, Hailey's mother, said her daughter had fully recovered and thanked everyone who helped in the search.

"She is safe and well now and, like any young child, has moved on quickly from the experience."