Almost 30 Housing New Zealand (HNZ) homes in New Plymouth have been empty for years, creating an "eerie" environment, a woman who lives in the neighbourhood says. 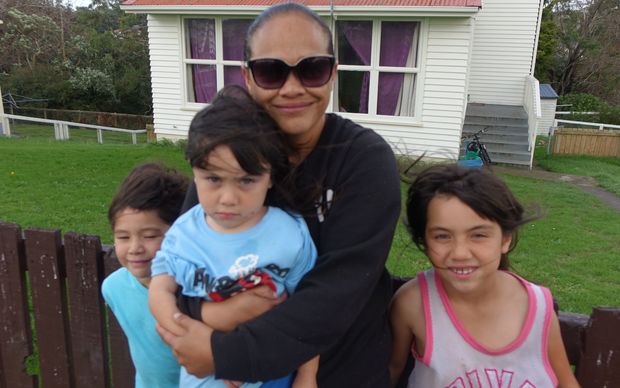 Andrena Tepu lives with her seven children in a HNZ property on Discovery Place, in the suburb of Marfell.

In 2008, 28 properties were demolished in the area and in 2012, 20 families were moved out to make way for a redevelopment which never happened.

Ms Tepu said she was homeless before she moved into the property and was grateful to have a roof over her head, but the area felt quite surreal and uncomfortable.

"It's eerie, it's empty and quite cold. It's like, you know, there's a sort of a lack of civilisation until you get further up the street where everyone else is."

She said it would be lovely to see some life brought back into the neighbourhood, which had good schools and community spirit. 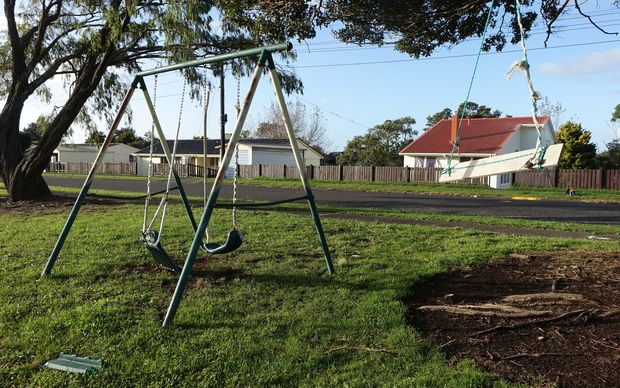 Ms Tepu said she was sure there were people out there who could use the properties.

"When I look out my window I see 21 empty three-bedroom houses and I know for a fact there's another eight empty up the street. They are all going to waste.

"It would be good to see families put into those houses. That would make 29 less homeless families - that's a hole that should be filled."

Chair of Community Housing Action Taranaki, Brian Erikson, said the redevelopment was put on ice in 2014. He said Discovery Place in particular had been left looking like a ghost town. 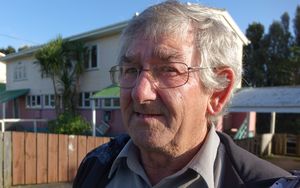 Mr Erikson said at first the situation in post-quake Christchurch was put up as a reason for not going ahead. In more recent times there was a more pressing need in Auckland.

As a social housing facilitator and provider he said it was difficult to see houses standing vacant.

"There's a demand for housing but it's not about the bricks and mortar. It's about affordable housing. So to see empty houses like these and to know that a family could be living here and paying minimal rental and be able to put more money into their children is a bit of a shame.

"Really to find out what Housing New Zealand are going to do with them, that is the answer we would all like as a community."

Community Housing Action Taranaki sees about seven or eight families a month and has two homes and a unit that it uses for short-term emergency accommodation.

Mr Erikson said he referred many people on to Housing New Zealand but its properties were not always suitable for them.

"There's a lot of people we deal with at our emergency houses don't want to go into these sort of houses (semi-detached) where they've got a neighbour they've got no control over, when they've got children trying to sleep and there's parties, things like that.

"Their preference is not to register with Housing New Zealand if they are going to end up in houses like this and they'll go to the private sector even if it costs them."

The Ministry of Social Development said it was currently processing 36 applications for social housing in New Plymouth.

Of those, 27 were for one or two-bedroom accommodation and 21 of those applications were considered Priority A, meaning the applicant had an urgent need.

According to its website, Housing New Zealand (HNZ) currently had 66 vacant properties in New Plymouth, of which 20 were under repair and a further 39 were for sale.

A HNZ spokesperson said most of the properties in Marfell were constructed in the 1960s and some of them were vacant because there was very little demand for them.

"Given the age and configuration of some of these properties, we have made the decision as a business that it would be uneconomic to upgrade them to bring them into line with modern standards.

"We are looking at options for the future of these properties, which could include selling them. We have already sold two properties to the New Plymouth District Council to help them improve access to Marfell Park." 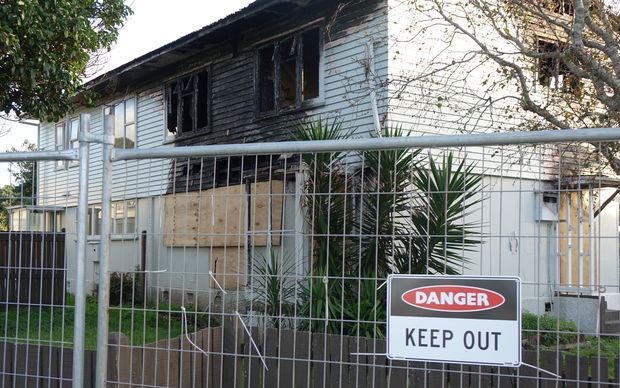 New Plymouth DC bought this burnt out duplex to use the site for an entrance to Marfell Park. Photo: RNZ / Robin Martin

The HNZ spokesperson said they did look at redeveloping in Marfell, but it did not progress for two reasons.

"Firstly that we were unable to select a suitable redevelopment partner, and secondly that demand had continued to decline in the area. At the time our attention as an organisation was also diverted to the Canterbury earthquake recovery process."

Mr Erikson said he would still like to see something done with the area.

"It would be good to have a plan so something could be moved through in the future, even if it was private investment.

"Let's do something with it, all this area, either get all these houses up to a liveable standard or replace them with new houses."