A student at another Waikato school has been confirmed as having measles.

The case at Fairfield College in Hamilton follows another at Morrinsville College which was shut down today to guard against the spread of the disease. 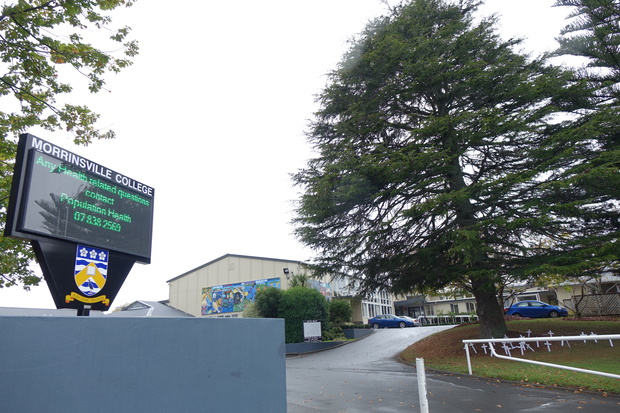 Waikato District Health Board said a student at Fairfield College had gone to school while infected.

Medical Officer of Health Dr Richard Wall said all students and staff who did not have vaccination records would have to stay home until next Monday.

The board was notified about the case last week, but has only just realised the student attended school while infectious, he said.

The DHB had received conflicting information.

"We were notified probably a week or two ago but didn't know at that time that they attended school while they were infectious.

"That's why we've taken action today to contact the school and make arrangements to make sure the school is keeping those people who are not vaccinated out of the school for the next week."

A third Waikato School, Nga Taiatea Wharekura, had a case of measles in April.

So far there have been 22 confirmed measles cases in the outbreak in the region, with 12 under investigation.

Morrinsville College closed today to give parents time to supply written proof their children were fully vaccinated before they can go back to school tomorrow.

Morrinsville Medical Centre put on an extra nursing clinic to cope with the influx of people wanting measles shots in the wake of the confirmed case at the college.

Extra administration staff were also called in to respond to calls and process students' vaccination reports.

Most of the vaccinations sought were for younger children, or older adults, along with a few college students seeking booster shots. 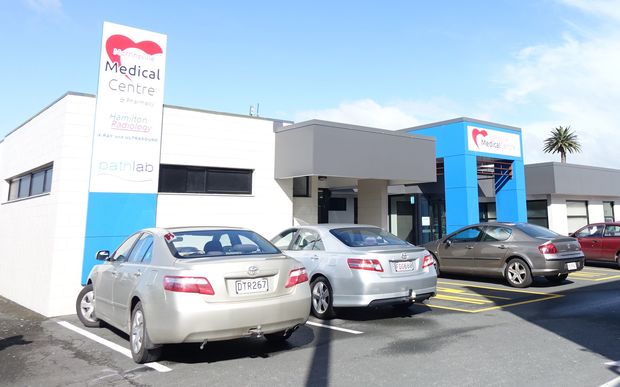 Bronwyn O'Sullivan brought her daughter Aimee in for a second shot this morning so she will be able to go back to college when it re-opens.

She said it was a timely wake-up call.

"I think it's good that people just are aware that it's not gone, it's still in the environment so we need to keep on top of it and keep our children healthy."

Bronwyn's daughter Aimee was relaxed about the school's closure but supportive of its stance.

"Well school being closed is always a good thing. But it's good on their part giving people a chance to get immunisations, otherwise as they said there wouldn't be much teaching staff because they are all down getting their immunisations today."

Morrinsville Medical Centre belongs to Pinnacle Midlands Health Network, a Primary Health Organisation, which said it was reaching its 95 percent immunisation target for eight-month-olds in Waikato.

But despite those rates, the PHO's medical advisor Rawiri Keenan said it was not a surprise the Morrinsville surgery had been swamped following the measles case.

"There's always pockets. That's the challenge, 95 percent is the target, we are not there everywhere so we need to keep driving for that target around the country. That's why we need to be at 95 percent, to lower the chance of these outbreaks."

Morrinsville College Acting Principal Scott Jenkins said there had been a steady flow of parents providing documentation of their childrens' vaccinations.

"I think they realise it's a wider collective responsibility for all of us. So we've had people emailing in their documents, coming up in person, it's been a really positive response."

Mr Jenkins said while it was disappointing to have to keep students away, closing the school today was a necessary step.

"We don't like any students missing any school whatsoever. However the wider needs must be met, so yeah we don't want anybody to be away from school. However we have no choice in this and we have to follow those instructions." 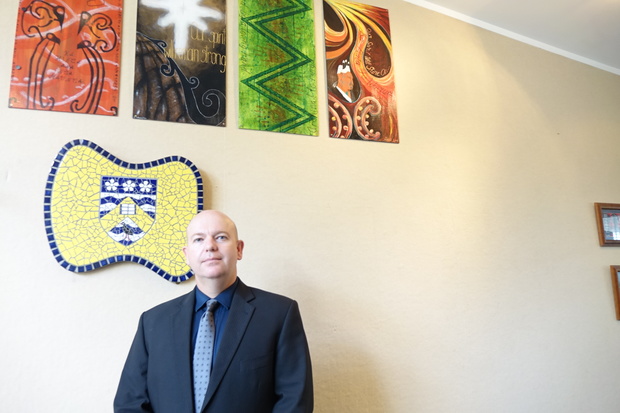 Trish Green has one child at Morrinsville College and said she was happy to follow the guidance of the medical authorities on vaccinations.

She said while her children were up to date with their measles jabs, she wasn't.

"I just had mine, because apparently we only had one, and it hurts, it was so sore."

Acting Principal Scott Jenkins said he only knows of one parent who has contacted the school to say they won't be vaccinating their child. That child will have to stay home until next week.

He said he won't know how many of the remaining 700 students won't be returning until the college reopens tomorrow.