The sinking of the only New Zealand naval ship lost to enemy action in New Zealand waters is being commemorated in Whangarei today. 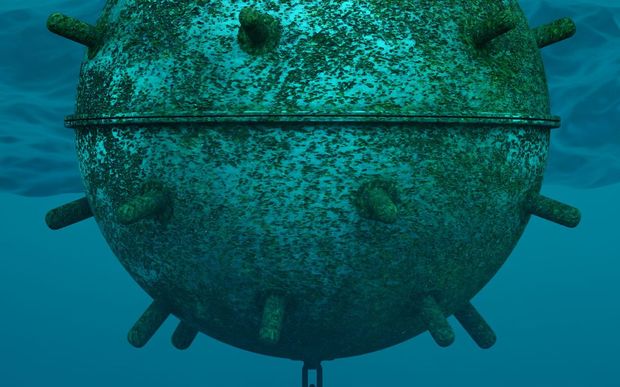 The minesweeping ship was sunk when it hit the mine it was looking for. Photo: 123rf

The HMS Puriri sank 75 years ago after hitting a mine about eight nautical miles north-east of Bream Head near Whangarei in 1941.

Five of the Puriri's crew of 31 were killed, including the captain, Lieutenant Douglas Blacklaws.

The coastal trading vessel had been requisitioned by the navy and converted into a minesweeper, and had been in service just 26 days before it sank.

Captain Andrew Watts from the Royal New Zealand Navy said the ship hit a floating mine laid by a German raider and sank very quickly.

He said an inquiry was held.

The area was a known minefield laid by German raider Orion the previous year, which sank the passenger ship SS Niagara on 19 June 1940. All on board were rescued.

Captain Watts said the mine had been spotted and marked by a motor launch, and HMS Puriri and another minesweeper HMS Gale were sent out to find it.

He said there were very few merchant ships in New Zealand suitable to be converted into minesweepers at the time HMS Puriri was, in 1941.

Commemorations included a wreath being dropped into the sea from inshore patrol ship HMNZS Rotiti near where the HMS Puriri went down, a dawn service, and a ceremony at 11am at the HMS Puriri Memorial on Ocean Road at Whangarei Heads.