Z Energy service stations in Auckland are being targeted in an "epidemic" of highly-orchestrated and violent robberies, says the company.

The company says its workers have been victims of a number of robberies involving ram raids and sledge hammers. 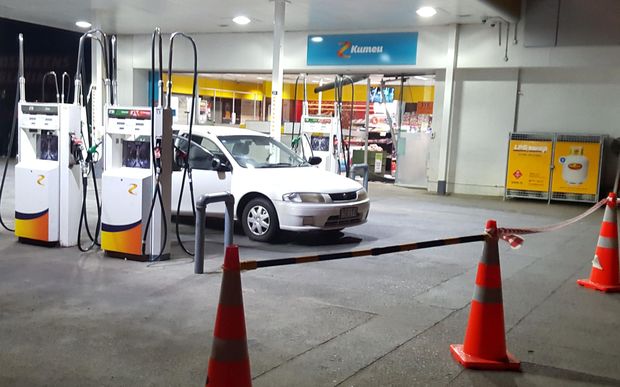 The Kumeu station that was targeted in a recent ram raid robbery. Photo: Supplied

"We have been subject to an epidemic, or a spate of robberies in the Auckland region that is linked back to organised crime.

"Some nights we were having two of our sites robbed."

Mr Bennetts said the robberies were being carried out by groups of teenagers, using car ram raids and sometimes sledgehammers to break into the stores and get away with hundreds of dollars worth of cash and goods. 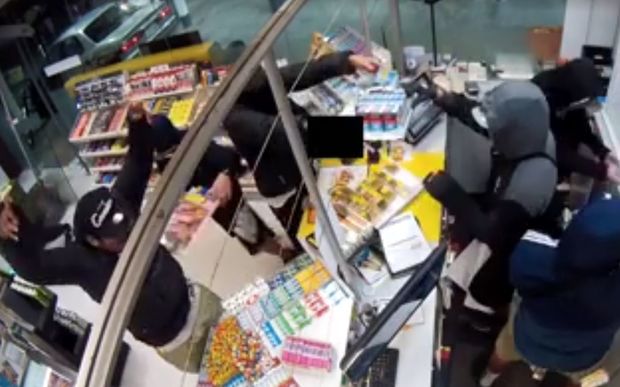 "Despite the fact that the crew was actually arrested, some of those robberies continued once they were bailed out."

Mr Bennetts said staff were put into exposed situations on a number of occasions.

"One person was harmed, and there was an opportunity for others to be harmed. This is something we want to absolutely do everything we can to stop that from happening."

A recent robbery in West Auckland saw up to 10 people smash their way into a Z Energy station in the early hours of the morning. Police released CCTV footage of the robbery:

He said the police had launched several operations to arrest those involved in the robberies.

"These groups seem to have a lot of splinter groups.

"We're continuing to make enquiries and arrest more people in relation to them."

He said the robberies were not gang-related, but were likely carried out by opportunists, and the best way to prevent robberies was to make them undesirable.

"We're working with people to look at store layout designs, what commodities are able to be stolen.

"It's all about pain versus gain, if they're not going to be able to steal thousands of dollars worth of cigarettes, and there's not that much money in the till, then it's not going to be worth making the robbery in the first place."

The E tū union - which works with other service stations - said it was concerned about the trend.

Manufacturing industry coordinator Anita Rosentreter said every workplace should have a health and safety rep on site who could handle dangerous situations.

But that was not always easy in the service station industry.

"There's a lot of students and part-timers working in service stations, it makes it slightly more difficult for the employer to engage people in health and safety.

"But that is the nature of the work and there has to be something done about that."

Ms Rosentreter said there are new courses being provided to train health and safety reps in the new regulations, and while most are offered to full-time staff, there are opportunities for part-time staff to be trained.