North Canterbury Fish & Game have rescued more than 40 fish after a river in the region dried up. 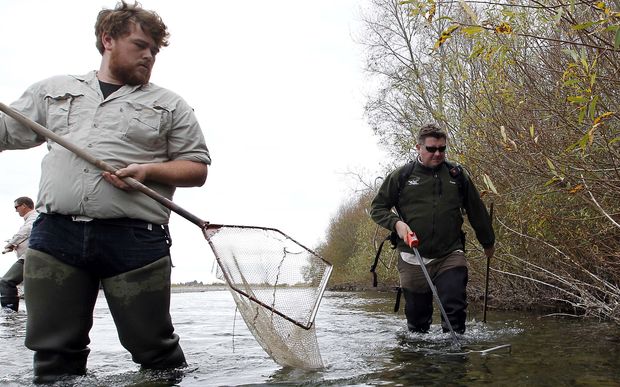 Concerned members of the public had alerted the organisation to isolated pools containing fish after the Ashley River rapidly dried up.

Local Fish & Game spokesman Tony Hawker said it was unusual to do such a rescue in May.

"Normally staff keep a watch on the river in the height of summer, around Christmas, and launch salvage operations when the flow drops.

"With no rain recently and irrigators still able to take water, the Ashley has unseasonally dried up," Mr Hawker said.

He said near Rangiora the height of the river was just five centimetres; at the same time last year it was 60cm deep. 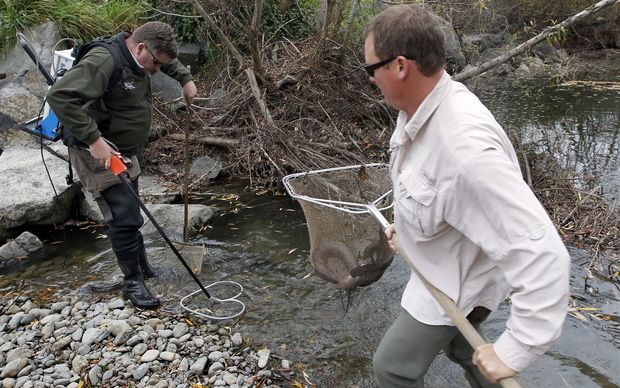 Fish and Game caught over 40 fish in nets including a longfin eel estimated to be over 80 years old.

They have been released into deeper water in the Waikuku Stream.