Police have put paid to school after-ball parties that have run safely for 17 years in Mid Canterbury. 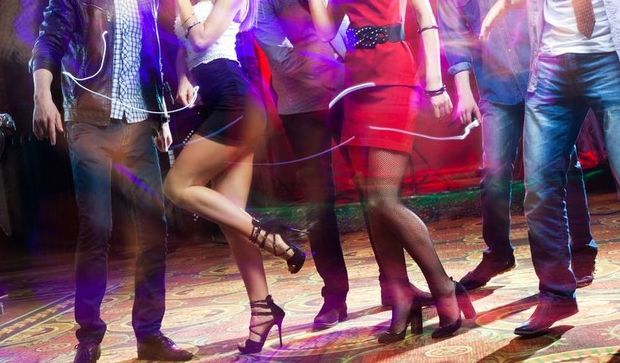 But now it has pulled the plug, fearing prosecution after a Napier man was charged with holding an unlicensed event, when a party he advertised on Facebook degenerated into a brawl.

The judge found the man breached liquor laws by holding the $5 a head BYO party when he wasn't licensed, and ruled that that applies whatever the age of the party-goers.

Police wrote last week to Canterbury secondary school principals and said the ruling meant it was illegal for anyone unlicensed to run a party where people drink and where there was any sort of money charged, regardless of age.

The ruling applied to organisers, bouncers and the partygoers themselves.

Yesterday, Chris Clark of the Ashburton Community Alcohol and Drug Service (ACADS) told senior students helping organise Mt Hutt College's after-party that it would not be happening after all.

"What has happened is the police have brought it to our attention now that there's case law in regard to parties, and we will probably face prosecution if we go ahead, so we've had to withdraw our support for the after-balls today," said Ms Clark.

"We are really, really sad."

In Ashburton and Methven the colleges did not run the after-parties - ACADS did - as private and ticket-only events for teenagers who had been to the ball.

The organisers imposed a BYO upper limit of six standard drinks, which was policed by 20 to 30 parents who went along.

"We got involved because of out-of-control after-balls that were happening [17 years ago]," said Ms Clark.

"It became very dangerous. They were out in the country halls and there were groups of young people walking down dark country roads and we had very near misses where they got nearly run over."

With the after-ball parties called off, but the balls themselves still on, some parents were asking what would happen now, after the ball.

"That's our biggest fear and we are asking parents to step up now and be very careful about where young people are going and to make sure that parties - if they happen any time, not just on this night - are supervised," Ms Clark said.

"We have this organised area that's got all the students in one place, looked after, and I understand that parents would be so concerned that they don't know exactly [where their children are], whereas here, everyone's in one place and there's supervision... yeah, it's disappointing.

Miss Duncan said students wanting to organise anything after the ball have been told to talk to police.

Youth justice organisation JustSpeak's co-chair Julia Whaipooti, told Nine to Noon the police's stance would have the opposite effect to what they intended.

"They are inadvertently creating a situation where you're going to drive young people to underground parties where there's less safety and control over the situation.

Ms Whaipooti said the police had taken away the opportunity to have a safe place for young people to drink responsibly.

Ashburton College Board of Trustees chair Rennie Davidson said it was exactly the issue the board was thinking about now.

"If we don't organise something and we don't have the parental support and community support, we've got the potential for children to go underground. And that's really a big safety issue in terms of unsupervised parties going on in town and kids wandering home goodness knows when and getting themselves into a spot of bother."

Two of his children had been to the after-ball parties.

"It's actually part of our kids in Ashburton growing up that they are able to go and enjoy a big night out, which is the ball and the after-ball, and they can do it in a really, really safe way.

"I think the police actually were probably trying to have a New Zealand-wide solution that doesn't work for a local problem. We've solved our local problem 20 years ago. Worst thing is if we kept on doing it, something went wrong, we're in deep trouble and that's the problem, what's been created now."

They were now wondering if they could make the after-ball donation only, or alcohol free - though Mr Davidson said he would prefer it if the drink stayed and the teenagers learned about safe alcohol use.

Phil Holstein - head of the Canterbury Secondary Principals Association - believed the police's real target was the type of party advertised to Christchurch students last ball season, when a few were run for profit as a sort of small-time business.

He said when his school Burnside High learned of one such party, they told police, who got hold of the organisers, and it did not go ahead.

"My sense was the one at Ashburton, there seems to be a whole sort of community commitment to it and all of the good processes are in place to ensure a safe function. I wouldn't say that's always the case with some of these others."

Mr Holstein was pleased the police were making it clearer to parents about steering clear of illegal after-balls - going along could incur a fine of up to $2000 - and up to $20,000 for organisers.