Greenpeace has blockaded the entrances to ACC's old Wellington head office in protest over the controversial Ruataniwha irrigation scheme in Hawke's Bay. 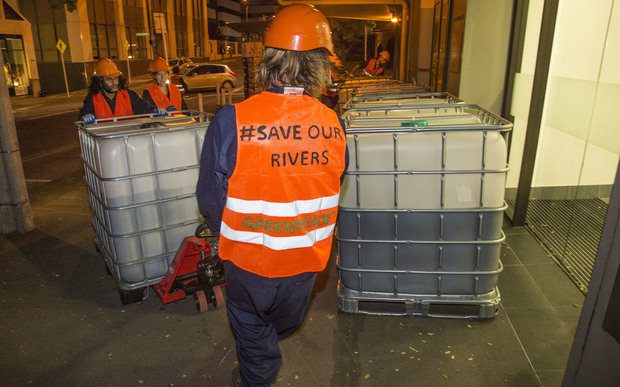 Protesters with tanks of cow urine and other dairy waste. Photo: SUPPLIED / Greenpeace

It has placed eight heavy duty tanks, filled with what it says is 6000 litres of cow urine and other dairy waste, across the entrances to the Molesworth Street building.

ACC's new head office is actually a few doors away and not affected by the blockade.

Greenpeace agriculture campaigner Genevieve Toop said ACC staff still work in the targeted building and she was sure the corporation had got the message.

She said the department looked set to invest millions of dollars in the irrigation scheme and the government should be supporting ecological farming, not schemes which pollute the country's rivers.

ACC says it will not comment on things it may or may not invest in. 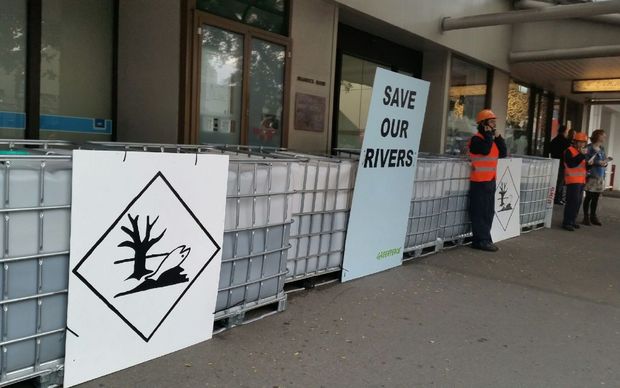 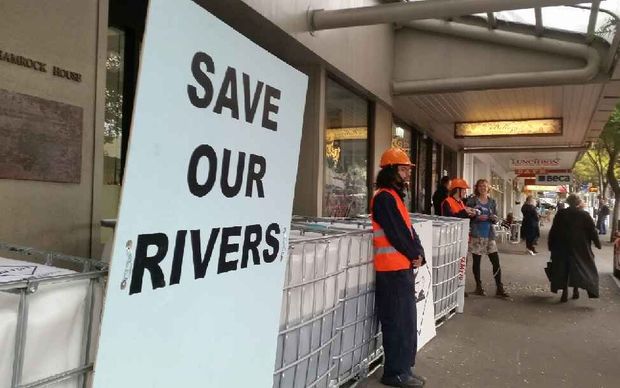