Peter John Carroll has been named as the man charged with murder after a burnt body was found by a lake south of Christchurch.

Police said Marcus Luke Tucker, 36, was brutally assaulted prior to his death, then his body was burnt and left at Doyleston last week.

Judge Stephen O'Driscoll remanded him in custody until 20 May.

A 31-year-old woman, who is charged with conspiring to assault and being an accessory after the fact in relation to the murder, also appeared in court.

He also remanded her in custody until later this month. 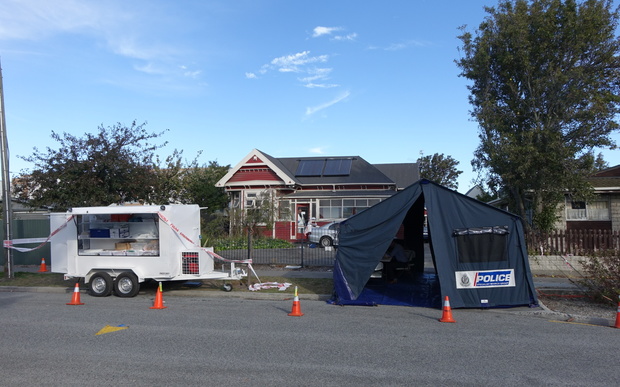 Canterbury Police conducted a search of a house in Ruskin Street, Addington, in relation to the murder of Marcus Tucker. Photo: RNZ/ Rachel Graham