A woman is in a critical condition after two cars and a 'Hobbiton' bus were involved in a crash near the Waikato town of Matamata. 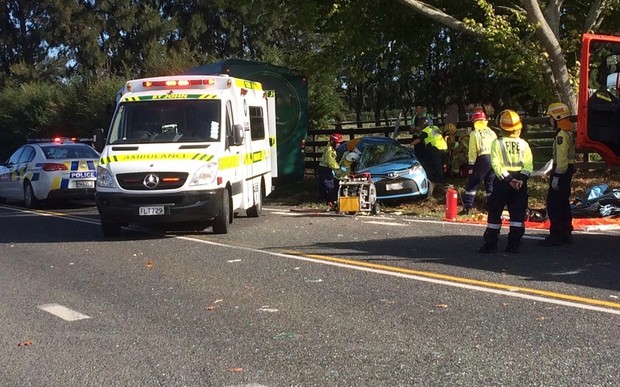 A woman was airlifted from the scene of the crash near Matamata. Photo: Supplied

The bus was taking tourists around "Hobbiton" - the area where scenes from the Lord of the Rings movies were filmed - when the accident crash happened at about 1.15pm.

The Waikato Westpac Rescue Helicopter was dispatched and a woman in her fifties was airlifted from the scene in critical condition to Waikato Hospital.

Passengers on the bus suffered moderate or minor injuries.

Emergency services are at the scene.

Police said the road near the junction of Hinuera and Pukeutu Roads was likely to be closed for several hours.