The tui population on Banks Peninsula is estimated to have trebled in the past seven years.

While the birds are a common site in most parts of New Zealand, they had largely disappeared from lowland areas of Canterbury. 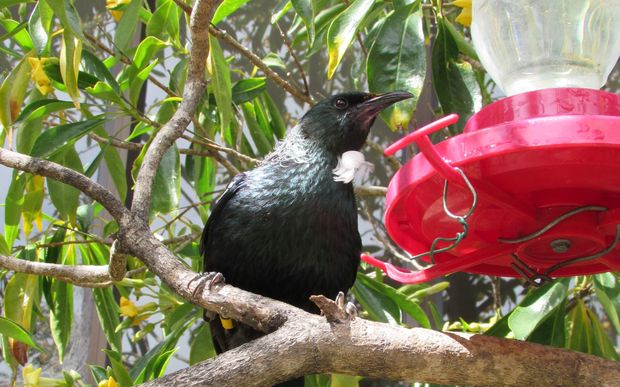 That was until seven years ago when 70 were transported from the Marlborough Sounds to Banks Peninsula.

"There was less habitat, there was less pest control and the conditions just weren't as good for the tui then.

"Once a population gets small, it tends to get smaller and smaller, unless you do things to change the conditions for them."

But a running joke among the volunteers is the tui have a habit of hiding away from her every time she visits.

"One time when I was in Akaroa, none of the tui were coming in, I drove back out of Akaroa, I got to the Hill Top and I got a text message saying, 'oh the tui are back.' They were just waiting for me to leave." 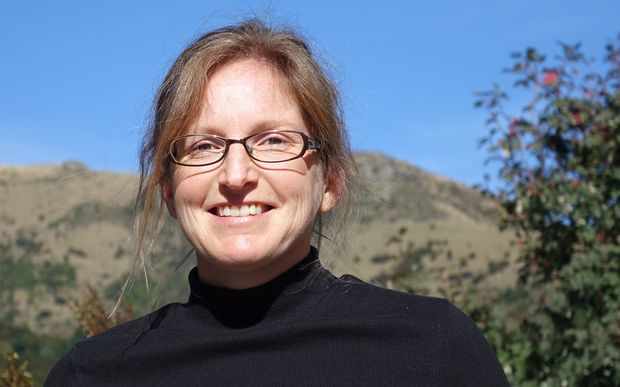 Her bad run of luck was broken the day RNZ visited when two banded and two unbanded tui visited to drink sugar water from a feeder.

A key to the successful trans-location of tui to the area has been an increase in forest cover. More trees means more food.

"They like anything that produces a lot of nectar or a lot of fruit. Kowhai for example, when it's flowering, they like tree fuschia, coprosma berries, kahikatea berries, and they will use introduced species as well, so eucalyptus, proteas, things like that."

Another volunteer Alison Evans is tasked with monitoring the tui. 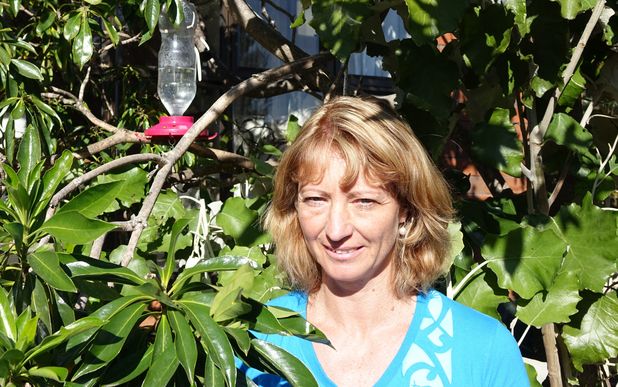 What started out as a breeding pair, named Dot and Dash, has now turned into seven tui that regularly visit her property.

"It's a real thrill to be involved with the project. The amount of joy that having the tui on the peninsula has brought to so many people is fantastic and we feel like Dot and Dash are part of our family now."

The project was helped by a sponsor a tui programme where people who donated got to name a banded tui.

There are other ways people can help as well.

"We've set up a little trap library so people can come and loan traps.

This is the first time tui have been moved from one part of the country to another and if it is successful it could be repeated in other parts of Canterbury.

The long term survival of the enclave depends on a network of native bush reserves linking it with the next closest populations in the Southern Alps, Ms Molles said.

"Although starting with 72 birds is a pretty good number in terms of beginning a new population, over time you want to get that little bit of influx of genetic diversity to keep the population healthy."

While the population could now be as large as 200, an exact number will not be known until the end of spring when a back-log of data is processed. 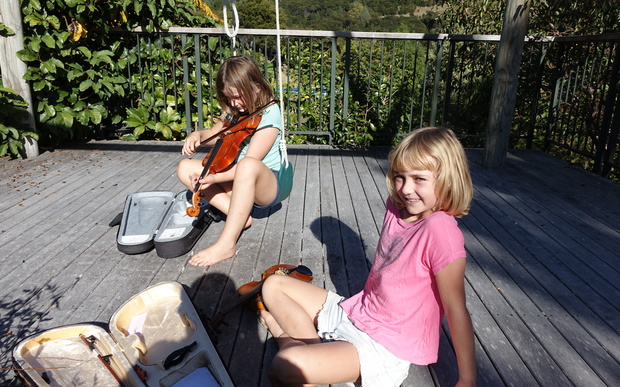 Isabelle and Sophie Evans play their violins to attract the tui which seems to work. Photo: RNZ / Conan Young