A ferry company which is axing its service between downtown Auckland and Waiheke Island says passenger numbers have not stacked up to make it viable.

Waiheke Island commuters have until 8 May to use Explore Group ferries - the only rival to the main operator on the route, Fullers Ferries. 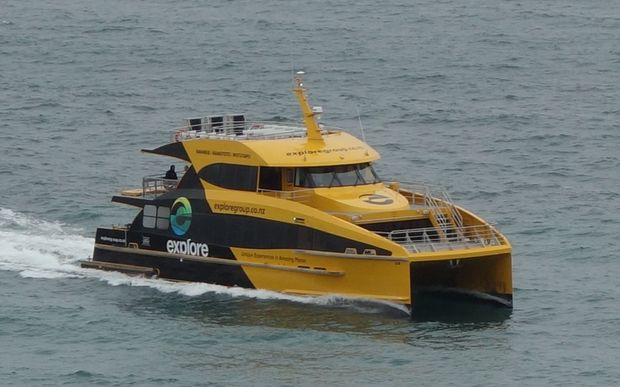 The ferry struggled to attract sufficient passengers to be viable. Photo: Supplied

Explore Group became Fullers' sole competitor on the route just 18 months ago and it was only last October, on the service's first birthday, that the company said it was, "going strong with passenger numbers continuing to rise" and that it had a "significant share" of commuters.

"It hasn't turned out quite the way we expected ... a number of things which have made it very difficult for us," he said.

"It hasn't gone bad, just the rise perhaps wasn't to the level we'd hoped for."

Mr Goodfellow said Explore had made a considerable investment, but declined to provide a dollar figure or reveal how many passengers the service carried over its 18-month operation.

"It was significant, we carried a lot of people, but the market share just simply wasn't enough."

Mr Goodfellow said there were infrastructure problems that stopped the company offering a comfortable experience, especially in the winter.

"We thought that our position we could operate from would be better than what it was and it didn't eventuate, we had to play with the hand we were dealt," he said.