A leading voice in transport in Northland is one of those calling for a police crackdown on careless truck drivers. 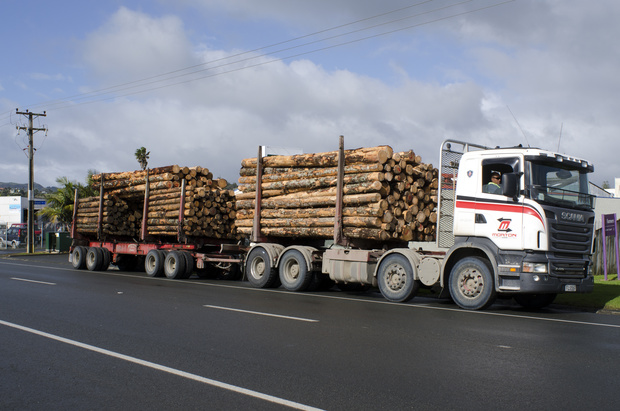 Regional Transport Committee chair John Bain said the three log truck rollovers in Whangarei last week were caused by excessive speed on bends - and there was no excuse for it.

He said if there were enough police officers at trouble spots at the right times, they could make life uncomfortable for truck drivers taking bends too fast.

Mr Bain said the reality was the drivers were professionals, who should know better than to put their foot down on roads that were not capable of carrying their loads in a straight line.

Mr Bain said he agreed with Portland people that traffic congestion on State Highway 1 near their village had become a nightmare, with the growth in log truck numbers.

He said a new roundabout was on the drawing board to reduce the risk they faced.

A union organiser said Northland trucking companies could not attract experienced drivers because they did not pay enough.

First Union's Gary Hetherington said pay rates for log truck drivers in Northland were the lowest in the country - with some getting as little as $16.50 an hour.

Northland's biggest road haulage company Senemoff Transport said it paid $22 an hour for experienced staff but it was still having to bring drivers in from the Philippines and Fiji to meet a shortage.

Mr Hetherington said professional drivers could not make a decent living at Northland rates and as a result young inexperienced people were operating big machinery.

He said log truck drivers were also under pressure from companies to make a set number of return trips each day from the forests to the port, on crowded and inadequate roads.