Two great spotted kiwi have been released in the Flora Valley of the Kahurangi National Park near Nelson, with the aim of increasing the bird's population in the area. 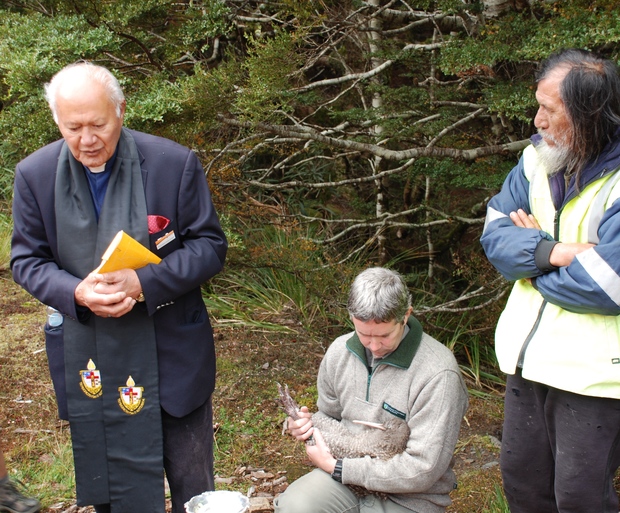 The pair are the first of up to 12 kiwi to be moved from Gouland Downs in an initiative led by the Friends of Flora community conservation group, with support from the Department of Conservation and local iwi.

Department of Conservation Motueka operations manager Chris Golding said there were around 30 kiwi currently in the Flora Valley and surrounding areas.

The new arrivals would hopefully breed with the existing population this summer, which should increase the genetic diversity of this small population of kiwi, he said.

Volunteers from the group have camped out at Gouland Downs to catch the kiwi for relocation, which will then be transported by helicopter to their new home.

Friends of Flora chairman Peter Adams said the release was exciting for the group.

"This translocation is the final part of our six-year plan to establish a sustainable population of roroa [great spotted kiwi] in the Flora/Salisbury area.

"Our volunteers will monitor these birds regularly to ensure they stay in the protected area and establish their own territories. We will also monitor how they interact with the existing population of kiwi and their breeding success", he said.

The kiwi release is the fourth in the Flora Valley to be carried out by Friends of Flora.

Great spotted kiwi are New Zealand's largest kiwi species and can be found from North Canterbury to the top of the South Island.