The ghosts of Nelson's hard-won - and eventually lost - railway rest in a tunnel 40km south of the city.

The Spooners Tunnel, which opened in 1893, was closed in 1955 and Nelson's hopes for a train service linking it to the West Coast were dashed. Protests at the time included a week-long sit-in on the line, with nine women arrested and convicted when they refused to move.

The women's protest, led by Ruth Page, included Sonja Davies who was to become a New Zealand trade unionist, peace campaigner, and Member of Parliament. 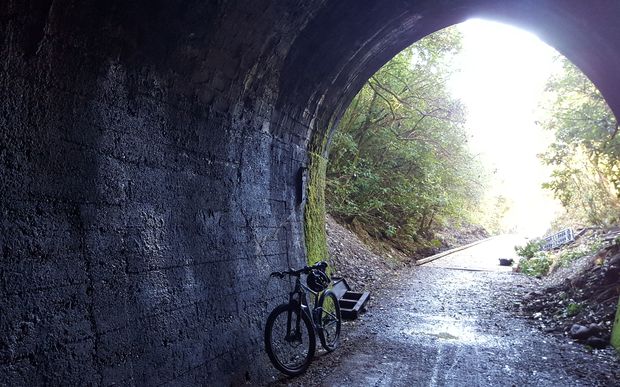 The Nelson side of the Spooners Tunnel features a specially made boardwalk entry and exit. Photo: RNZ/Tracy Neal

A fragment of this history will be revived on Sunday and cyclists will soon be puffing up the line decades after the last steam train did. The tunnel is to be re-opened as a vital link in the Taste Tasman Cycle Trail, which will eventually loop around the lavender and wine fields of the Tasman District.

Cycle trail trust chair Gillian Wratt said re-opening the tunnel had taken years, and was a huge milestone in the trail's development.

"A lot of people don't even know this tunnel is here. We think it's the longest open to walking and cycling in the Southern Hemisphere and the fifth longest in the world. It's unique from that perspective." 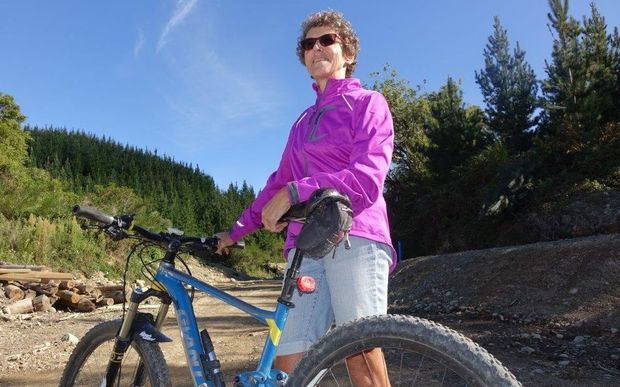 Teams of workers with picks and shovels began digging the tunnel in 1873 and 20 years later it opened. It took another three years of wrangling and negotiations before the first train actually went through. But less than a century later the service succumbed to political and economic pressures of the time.

Ms Wratt said it had taken some time and a great deal of goodwill by many to have the 1.4 km tunnel included in the trail.

The tunnel is on government-owned railway reserve so the land, much of which had been part of the Treaty of Waitangi settlement process, had been returned to local iwi Ngati Toa.

"We've had huge support from many but sorting out easements has been challenging, and there are still a few loose ends," Ms Wratt said.

Local building, engineering and contracting firms plus community groups such as Rotary had given time and resources to the project. The tunnel featured a specially compacted gravel and sand floor and reflector lights would help guide cyclists, without diluting the experience of almost complete black-out, she said.

"Right in the middle it's very black - you put your hand in front of your eyes and you can't see. And if you're biking and you haven't got a decent light it's actually quite hard to keep your balance because you've got nothing to locate on," Ms Wratt said.

The Taste Tasman trail currently stretched almost 100km, and cost $5.6 million so far, shared between the Tasman District Council, the government, and some community fundraising. There was about another 80km to build to create a complete loop around the Tasman District.

Tasman Mayor Richard Kempthorne said it was a huge regional asset, which had encouraged larger numbers than ever to get outdoors.

The trail had also given rise to new businesses along the trail, and revived others which were now getting ready for an expected influx of hungry and thirsty cyclists.

Manager of the Belgrove Tavern, Jacqui Ludlow, just down the road from the Spooners Tunnel, was stocking up on items.

"All the soft drinks, the non-alcoholic drinks - health drinks, which I presume we'll have to get more of." 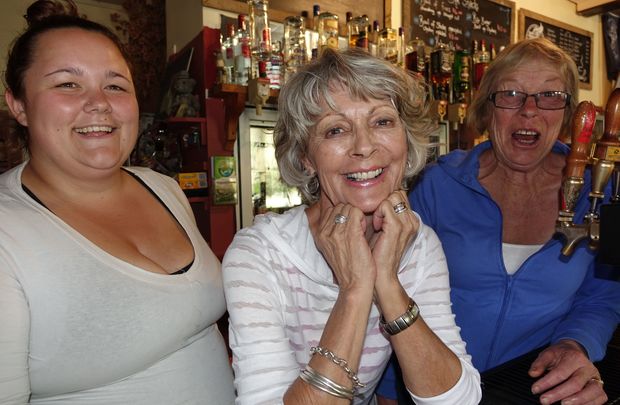 He said there had been a notable increase in cyclists passing through but they were not typically large eaters or drinkers, preferring just a coffee or a cold drink en route. 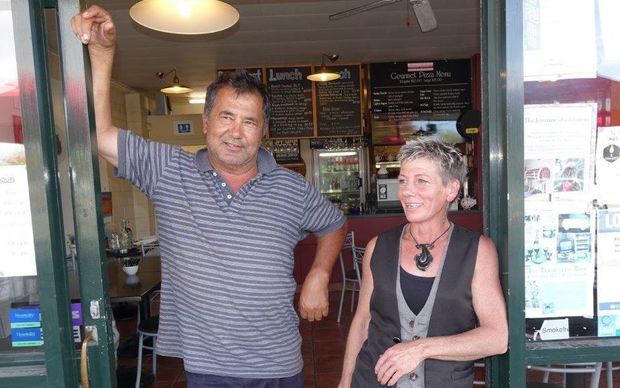 Wakefield business owners John Lawson and Tanya Lemon have mixed views on whether the trail will boost business in the area Photo: RNZ/Tracy Neal

Wakefield salon owner Tanya Lemon said her business had increased from cyclists pulling in for a haircut.

Nelson cyclists Clinton Jones and Sally Kidson said the cycle trail was great for the region, and provided a good entree to its mountain biking trails, but there needed to be more information about it available, and more needed to be done to promote cycling the tunnel, and improve facilities.

The official opening of the tunnel on Sunday will be marked with a blessing. 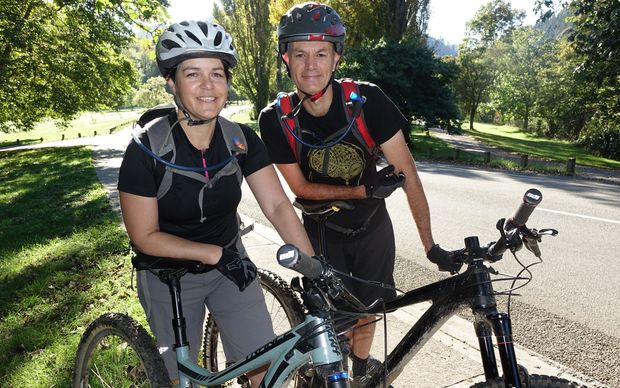 Nelson mountain bikers Sally Kidson and Clinton Jones reckon the trail is good the region, but more is needed for people to be able to find it, and use it. Photo: RNZ/Tracy Neal