Two teenagers have admitted killing a Whangarei man, who died of head injuries at his home in 2014. 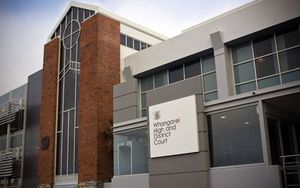 Michael Griffin, 56, was found unconscious on the morning of 5 October and died later that day in hospital.

The two 17-year-olds accused of the fatal bashing, Elias Pomare and Shane Perkinson, changed their pleas this week, before their trial was due to start in the High Court in Whangarei.

They have been remanded in custody for sentencing in May and June respectively.

At the time of Mr Griffin's death, police appealed for sighting of two youths riding around on bikes taken from his home.

The father of three was a beneficiary with a paralysed arm.