It all sounded too good to be true - free travel, expenses and accommodation. And for an American couple jailed today for importing methamphetamine, it was.

Retired Californian couple Karenkay Ross and her husband Archie James Ross were jailed for four years and two months today for importing up to $7 million worth of methamphetamine into New Zealand.

The Rosses - who are aged in their late 60s - travelled to Japan, India, Brazil, Italy, Hong Kong and New Zealand, with all expenses paid, after meeting a man from Ghana.

But there was one catch - they were asked to carry what they were told was coffee and rice. 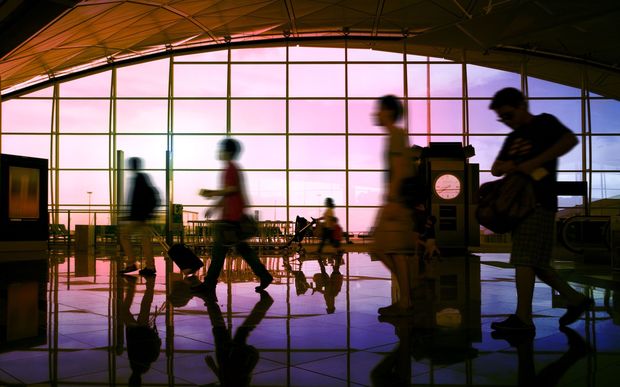 Justice Whata said in October last year, the couple were given two suitcases to bring to New Zealand, where their travels suddenly ended after customs staff approached them.

"The two suitcases were then forcibly opened by customs staff and approximately 7.2 kg of methamphetamine was found."

According to Customs, the drugs had a street value of between $4.3 and $7.2 million dollars.

Mr Ross, a veteran of the Vietnam war, told authorities the pair were to collect $3000 for delivering the suitcases.

"Mr Ross, you denied knowledge there were drugs in the suitcases, instead you say you thought it was cleaning solution for washing money, another long-standing West African scam."

Justice Whata said the pair were wilfully blind about what they were carrying.

He took time off their sentences for their early guilty pleas, their poor health and the fact they have a dependant disabled daughter.

The case has striking similarities with that of Ralph Sherman Soles - a 74-year-old US war veteran who was cleared of knowingly importing 6.2 kilograms of methamphetamine hidden in the lining of his suitcase.

A jury found him not guilty after his lawyer Ross Burns argued Mr Soles couldn't have known what he was carrying.

Speaking from his home in Florida, Mr Soles told RNZ News the people running the scams were persuasive.

"Well, the only thing I can tell people is not to take anything. That isn't yours, not to pick up anything and not allow anybody to give you anything and not trick you into anything like was done to me and it was done so well."

Mr Soles said elderly US citizens being approached by drug traffickers was a common occurrence and the US authorities needed to do more to educate people about the scams.

He said the same scammers were still approaching him to this day.