An attempt to break a world poi spinning record in Nelson this evening has fallen short by just four people. 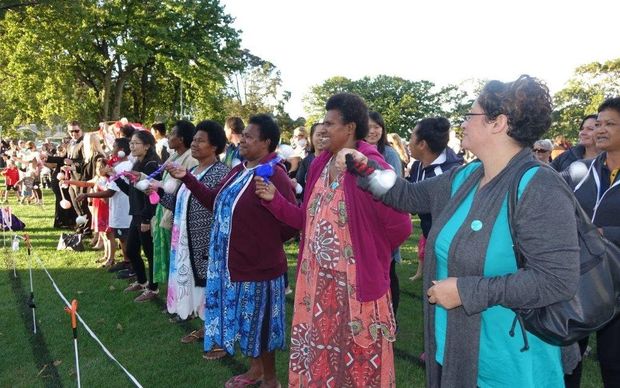 247 people lined up in Nelson to set a poi swinging record, which fell short by 4 people Photo: RNZ / Tracy Neal

Organisers said 247 people were officially counted when 251 were needed to break the record in Victory Square park, on the city outskirts.

Project leader Gayle Petch said the event also required the crowd to spin poi for two minutes without stopping, but several people dropped their poi. She said afterwards she was "gutted" they didn't quite make it, but was keen to try again later in the year.

Ms Petch said students from Nelson schools, members of the community, businesses and the police took part in the event aimed at raising funds for the Victory Community Centre, which was currently facing a financial crisis. 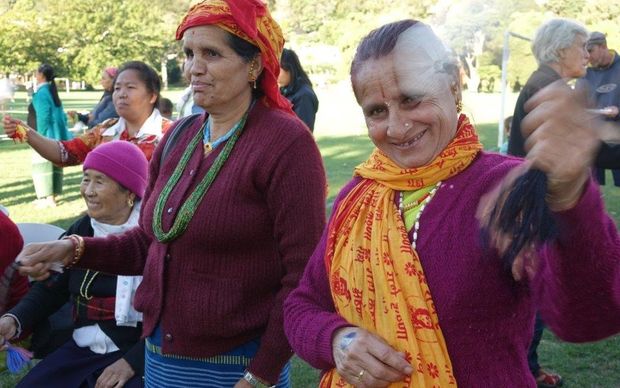 Victory Square was home to Nelson's increasingly diverse multi-cultural sector, and was New Zealand's inaugural Community of the Year in 2010 on the merits of the centre which judges described as a "unique example of a community-based support centre, achieving positive health, social and educational outcomes".

Ms Petch said historically poi was used by Maori women for flexibility of hands for weaving, and men used poi for strength ahead of battle. She said it was something more people should do to avoid common strain injuries. 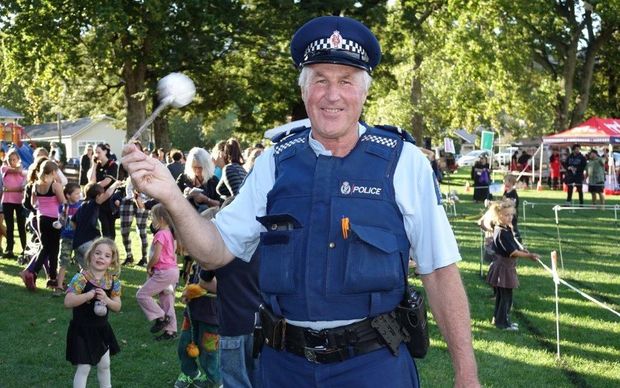 Constable John O'Donovan gets into the swing of things Photo: RNZ / Tracy Neal