A Singapore man has pleaded guilty to careless driving in a fatal crash near Oamaru last year. 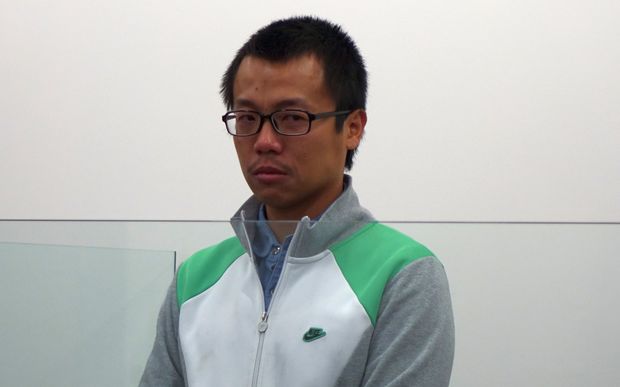 Wei Lew, 30, was driving a rented car on the wrong side of State Highway 1 near Waianakarua in November last year when his vehicle struck two oncoming cars and two motorbikes.

Motueka motorcyclist Craig Chambers was killed in the crash.

At Dunedin District Court this morning Wei Lew pleaded guilty to aggravated careless driving causing the death and injuries. The charges had been downgraded from dangerous driving.

He cried in the dock, facing the family of some of his victims, as the summary of facts was read out.

Wei Lew was a tourist who had been in the country for nine days. He will be sentenced on 3 June.

According to the Summary of Facts read out in court today, Lew arrived in Queenstown from Singapore with his partner Hui Yun Tay on 20 November.

There they hired a Toyota Carolla rental vehicle.

Nine days later, on Sunday, 29 November, they left Tekapo and drove to Oamaru, where they stopped for lunch.

At about 5pm, Lew was driving south on State Highway 1 towards Dunedin on a section of open road at Waianakarua.

There was a single lane on his side, and two lanes on the opposite side for north-bound traffic, divided by unbroken double yellow lines.

Lew drove across the centre lines into the north-bound overtaking lane, rounded a moderate right hand bend on the wrong side of the road.

The summary says he drove straight into a group of oncoming vehicles passing a vehicle pulling a horse float.

His speed was 120 kilometres per hour.

The driver of a Holden car swerved rapidly to get out of the way, but Lew's car struck the wing mirror, shattering it.

The rider on a Laverda motorcycle behind the Holden also swerved quickly and had its wing mirror hit.

A second Holden car also ducked out of the way.

But Craig Chambers was not so lucky.

Riding a Harley Davidson motorcycle directly behind, he was struck by Lew's car, and he died at the scene.

Lew's partner, Ms Tay, in the passenger seat, suffered a serious head injury in the crash.

She was transferred to Singapore a month later to continue her medical treatment.

Their vehicle spun around and collided with a Nissan station wagon, and both the driver Jacqueline Ryder and her passenger Krystal Ryder were extensively bruised.

They were taken to Oamaru hospital but discharged that day.

When spoken to by police, Lew did not dispute the facts outline but did not offer any explanation.