Today marks the 48th anniversary of the Wahine Disaster, with survivors already preparing for the 50th commemoration in two years. 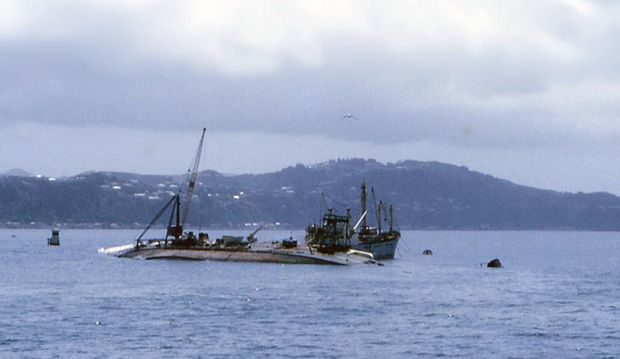 51 people died when the Wahine capsized in Wellington Harbour during a violent storm in 1968.

Survivors of the Wahine disaster have formed a trust and are launching a website, www.wahine50.org.nz for people to share stories about how lives have been shaped by the disaster.

The Trust's chairperson, Lieutenant General Rhys Jones said it wanted to hear from anyone involved in the disaster.

"Cyclone Giselle unleashed its full fury on Wellington, but there was also a loss of life and serious injury in many parts of New Zealand on that day,"

"Whether you're a survivor, a rescuer, or a person who played a support role in that crisis, we want to hear your story."

He said a lot of work was already going into the 2018 event.

"Although it's still two years away there's a lot of work that we are trying to do and particularly we want to raise money to assist with the Coastguard New Zealand replacement of the two boats for the Wellington and the Mana area, but also for people to know about the commemoration and to get ready to come to participate.

Wellington Mayor Celia Wade-Brown said the council would work alongside the Trust in developing its commemorative plans.

"The programme of events being planned includes a dawn service on the Pencarrow Coast, an exhibition, a public event to rededicate the Wahine memorial mast currently situated in Frank Kitts Park, and an event at Seatoun."