Hundreds of people and pets have gathered in Wellington and Auckland today for a simultaneous mass dog walk. 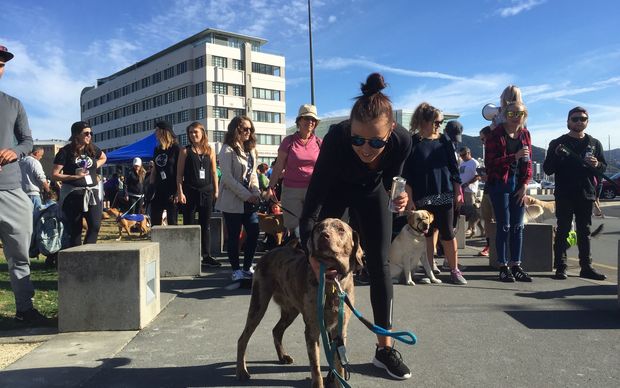 Big Dog Walk - one of the 20-dog packs about to set off in Wellington Photo: RNZ / Nina Fowler

The event, officially called The Big Dog Walk With Lots Of Dogs, started with a Facebook post by Wellington comedian Alice Brine in January.

About 1000 people hit 'interested' within the first day, she said - and the simplicity of the idea probably had something to do with it. 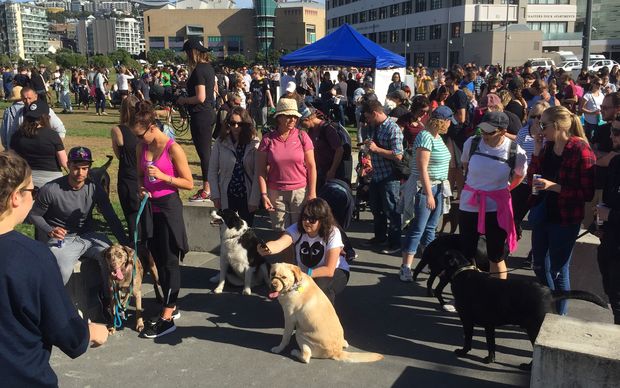 Hundreds of people and dogs turned up to the event in Wellington, with about the same number expected in Auckland. Photo: RNZ / Nina Fowler

"People are really used to marketing and really used to 'catchiness', so the minute you do something that's so extremely not-catchy and unapologetic, people are like 'this is insane, this is really, really cool'.

"Also, clearly the appeal is dogs! Dogs are amazing. They're just so much better than people, and everyone knows that."

Ms Brine said local councils were involved in the planning of the dog walks, and animal control staff and vets were on standby. 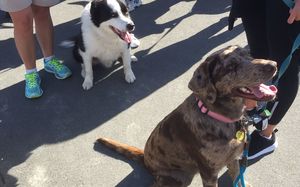 "We've got volunteers, they're called human guide dogs, and they'll be leading each pack of 20 people and [the same] such amount of dogs," she said.

"We've basically rehearsed the whole thing, and it's mathematically strategically organised to eliminate as much chaos as possible."

The events - at Waitangi Park in Wellington and Waiatarua Reserve in Remuera, Auckland - aimed to raise money for animal welfare charities HUHA and Chained Dog.

Mass dog walk about to get under way @ Waitangi Park in Wellington pic.twitter.com/W27FuxPsCU