Public health workers have protested outside Auckland City Hospital at what they say is understaffing at the city's DHBs. 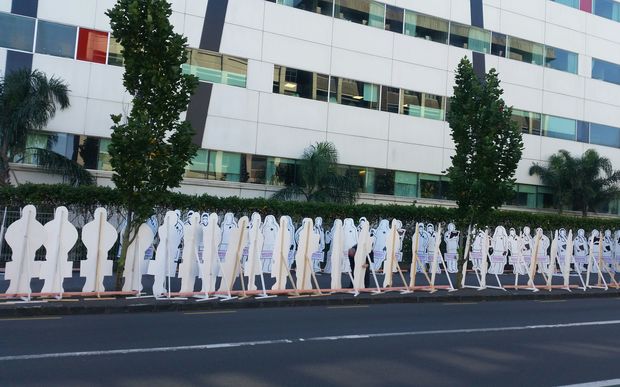 They put up silhouettes representing what they said were 642 missing public health workers.

They include doctors, nurses, allied health, support and management staff who were planned for but not employed at Auckland's three DHBs in the first seven months of the current financial year.

Mr Colwell said the understaffing went back several years and was due to underfunding of $1.7 billion.