Wellington City Council's bus fare gamble has failed to attract the Christmas shoppers it hoped for.

The council set aside $200,000 to subsidise bus fares for a month, in an attempt to attract people to the city's shops and restaurants.

While patronage was up almost 10 percent, the numbers were similar to 2012 - when there was no discount - prompting the conclusion the trial was "inconclusive." 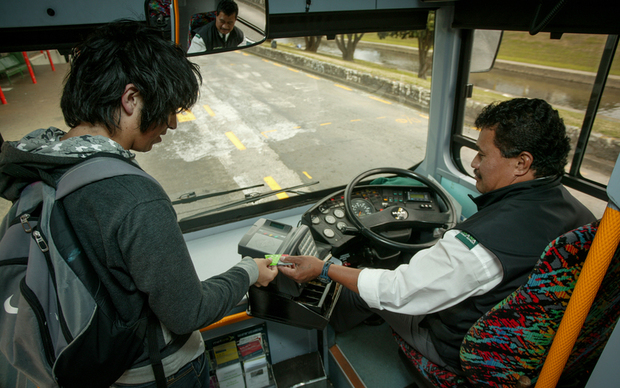 The initiative discounted weekend adult bus fares in the CBD to a gold coin - $1 for zone one, $2 for zones two and three.

The initiative ran over four weekends in the lead up to Christmas.

Councillor Andy Foster said while patronage was up on the previous year, the result was inconclusive.

"I think we could probably reasonably conclude that more people used public transport than [they] would have done without the fare discount. How many more, much more difficult to say."

The capital's bus fares are set by the Greater Wellington Regional Council, which said the city's bus fares have not increased for three years.

There are no plans to repeat the initiative. Photo: RNZ / Diego Opatowski

Regional councillor Paul Swain said the findings could not show a link between reduced fares and increased patronage.

The initiative cost ratepayers $160,000 - slightly less than the $200,000 budgeted - a cost Mr Swain said highlighted the delicate balance between customers and ratepayers.

"On the one hand, passengers want lower fares and ratepayers want to pay less rates. And in the end in order to be able to provide a public transport system that works for everyone, it needs to be properly funded. You can't do it on the smell of an oily rag, and at the moment we think the balance is about right."

City Councillor Iona Pannett - who initiated the discount - said the $20,000 spent on marketing was not enough to get the message out.

"I guess to the general public that might seem like quite a lot of money. But if you've ever done any advertising it unfortunately doesn't go that far. So one of the things that would be good to have known is what the level of knowledge was [about the scheme]."

Mr Foster said although Greater Wellington Regional Council planned to cut fares, he did not think the initiative represented value for money, and the city council had no plans to repeat it.

"What the regional council's proposing to do from 2018 is cut the off-peak fares by 25 percent across the board for everybody throughout the year. I think that's a very very good step.

"Obviously it would be nice to have it earlier but that's the timeframe they've set - it's the same time they get new operators, new vehicles, new timetables and new routes in place."

The regional council said there was a proposal to cut off-peak fares by a quarter, but it was dependent on electronic ticketing being available on the capital's bus and train network.

What did the report say?

"The City Council had budgeted $200,000 for the initiative which came in under budget at $160,000. During the period of reduced weekend fares there was 9.8% increase in patronage during the weekends when compared with the same period the previous year.

"However there was a similar increase in patronage back in 2012, showing that there can be considerable variability in bus usage.

"On the basis of the recorded variability, it is concluded that the relationship between the reduced fares and patronage over the trial period was inconclusive."