Two men have been arrested and charged with the assault of a Hamilton teenager last month, which included forcing him to eat very hot chillies. 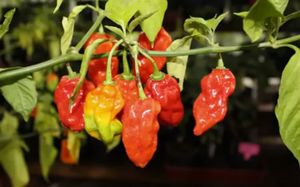 A 24-year-old and a 29-year-old have been charged with injuring with intent to injure, common assault and indecent assault.

They were arrested after a search of a residential address in the city.

The 18-year-old victim was allegedly attacked at a property in the city in February and made to eat two bongo chillies.

The two accused are due to appear in the Hamilton District Court.