Westland Civil Defence engineers will meet with local authorities and the owner of a severely damaged hotel this week to discuss how to respond to last week's major floods. 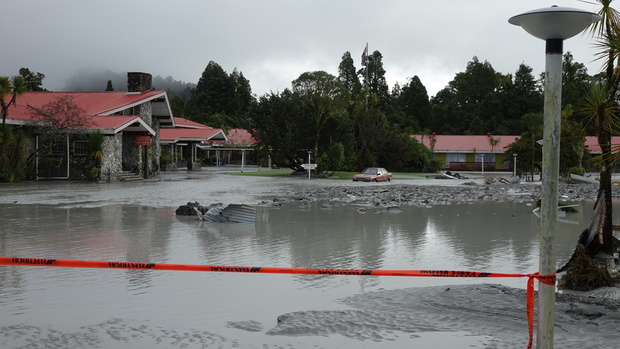 The Waiho River near Franz Josef breached its banks on Wednesday night, forcing people in the Mueller Scenic Hotel to be evacuated.

The public information manager of Westland Civil Defence, Andy Thompson, said the river level has now dropped and is no longer running through the hotel, but its future is in doubt.

"It's not just a simple case of cleaning up. I understand there is a huge amount of river debris actually inside the hotel itself. We're talking just rock and gravel. So this isn't a quick fix."

Mr Thompson said if the river were to burst its banks again, there was a newly created channel that would lead the water straight back to the hotel.