Armed robbers broke into a rural Canterbury house early this morning, injuring one of the occupants before fleeing, chased by police officers.

The police said four people carrying weapons broke into the house at Springston about 1.30am.

They said the group held the occupants for a period of time, before taking a car from the property along with other items.

One of the occupants received minor injuries during the incident.

Senior Sergeant Vaughn Lapslie said the police arrived as the robbers were leaving and pursued them.

Mr Lapslie said two people were caught by a police dog after they ran from their car, while officers caught up with the other two at a rural property in Dunsandel.

Four people have been arrested and will appear in court tomorrow. 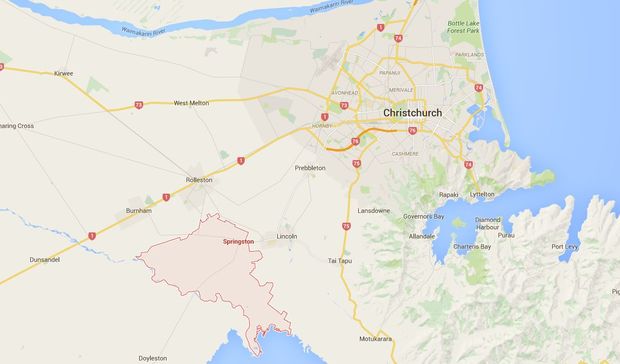 The rural town of Springston is located about 25km southwest of Christchurch. Photo: Google Maps