A man whose cafe turned into a temporary triage centre after a minibus rolled near Rotorua is calling for the speed limit to be lowered in the area. 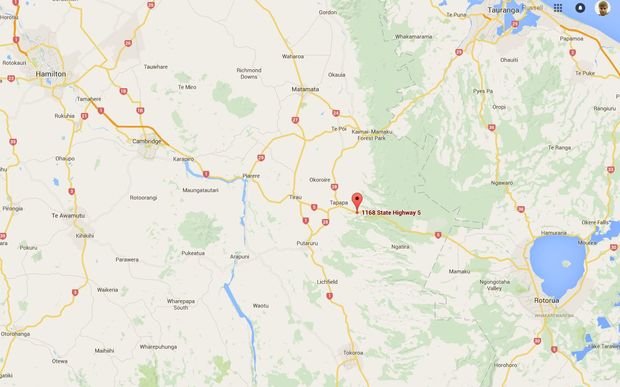 Fitzgerald Grove is between Rotorua and Hamilton on State Highway 5. Photo: Google Maps

The bus, which was travelling from Rotorua to Waikato, failed to take a tight corner then went through a fence into a paddock and rolled.

Police said there were 21 people on board when the vehicle rolled. Four had to be cut out using the jaws of life, and five were taken to hospital.

David Walter, who owns the Fitzgerald Glade Roadhouse, said the speed limit should be reduced.

"It's not a great corner and although it's a 75 [kilometre] bend it's a 100k area, which is really fast for this area. If you take it too fast or a wind gusts, you lose it and it was a small 21 seater so I don't know how stable those are."

He said emergency services and members of the public had dropped off more than 14 Chinese tourists, who seemed to be okay.

"They don't seem to be terribly shocked, they walked in carrying their suitcases etc. They're not smiling by any means but nobody seems hurt."

He said the police and firefighters had to the tourists, who resumed their trip on another bus.