A quarry fire in Lower Hutt is under control and no radiation from a nearby cellphone tower has been found. 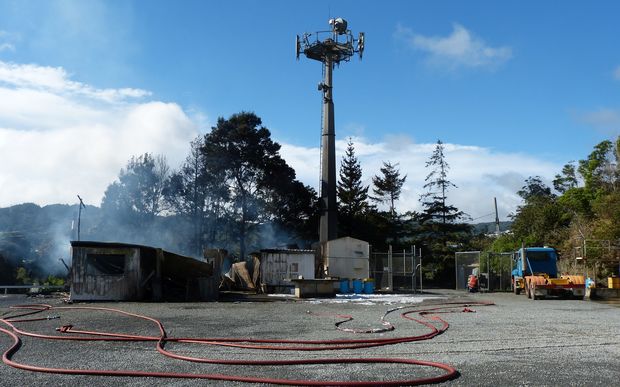 Fire Service assistant area commander Esitone Pauga said the Fire Service was called to a quarry on Haywards Hill Road north of Wellington about 8.30am this morning.

State Highway 58 reopened after being closed earlier causing traffic to back up along State Highway 2 in both directions.

An eyewitness described hearing multiple explosions, and police said the fire started at a 20x5m portacom, then spread to two nearby portacoms as well as affecting a nearby Vodafone cellphone tower.

More than 30 firefighters battled the fire, and one quarry worker had suffered smoke inhalation. 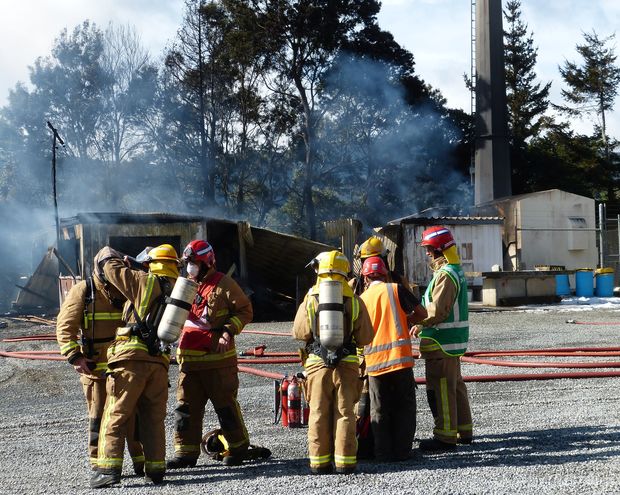 A fire at a Lower Hutt is under control. Photo: RNZ/Kate Pereyra-Garcia

A contractor working on nearby roadworks said they saw smoke and then 20 minutes later the buildings went up in flames.

"Few bangs and that, once the fire started blazing it broke through the windows and then it all went up in flames, there was just multiple explosions it sounded like things blowing up inside," the contractor said.

Workers at the Winstone Aggregates Dry Creek Quarry had evacuated by the time firefighters arrived. 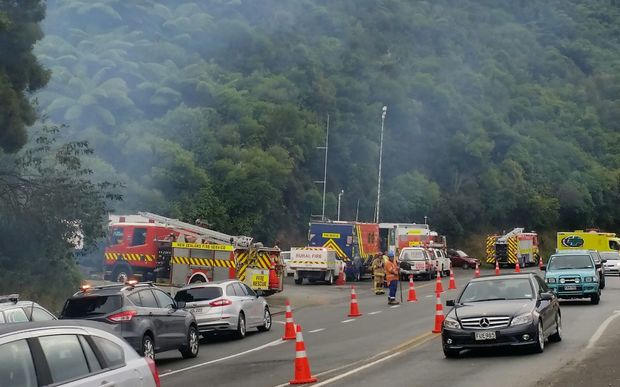 Mr Pauga said there were no reported injuries from the workers except for one person with minor smoke inhalation.

He said there were no explosions and any loud bangs were probably the windows blowing out.

A barbecue gas bottle onsite was the only risk of explosion, but it had been controlled by firefighters.

The portacoms were used as a smoko room and office for the quarry site.

Mr Pauga said checks had been made because the Vodafone cellphone tower immediately behind the fire was of "concern" due to radiation.

Fire at the old quarry pic.twitter.com/C9ayzFydsP

The Fire Service said the Ministry of Health had confirmed there was no radiation risk to the public.

An investigation was under way into the cause of the fire, he said.

A team would be sent to assess whether there was damage to the tower, or it had just lost power due to the blaze.

An ambulance was spotted at the scene but the Fire Service said there were no reports of injuries.