New Plymouth now has its own charging station for electric cars, and there are plans for 100 to be rolled out throughout the country. 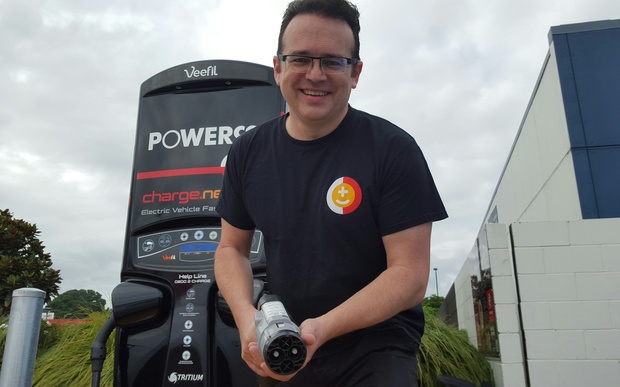 Electric car owners say the unveiling of a charging station for the vehicles in New Plymouth today will be game changing. 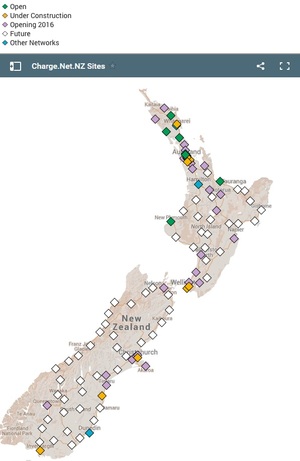 The fast DC charger unit on Courtenay Street provides an 80 percent charge in 10 to 25 minutes.

Diana Brown drives a Nissan Leaf which has a range of about 170kms.

The charging station will give drivers of electric vehicles peace of mind when their charge is running low and encourage others to take up 100 percent electric cars, she said.

"People on the outskirts of the city come to down for the day can charge before they go home - it just widens the amount of people who can consider going electric."

ChargeNet New Zealand is establishing a network of 100 charging stations around the country.

So far it has rolled out nine units. They include three in Northland, two in Auckland and one in Tauranga.

The company hopes to add five more a month.

A typical charge at one of the stations will cost $10.