The Northland region is set to lose all rail services including freight trains to Auckland unless a new line is built to Northport at Marsden Point, says a group trying to save rail in the north. 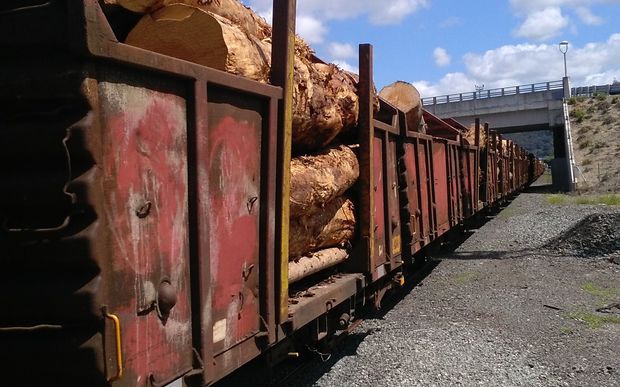 Northland log trains could become a thing of the past. Photo: Supplied

At present hundreds of trucks a day carry logs from the Far North to Whangarei because there is no rail connection between the main line and Northport.

KiwiRail stopped running log trains from Dargaville when it closed the branch line in late 2014, saying it would be uneconomic to fix the tracks that were damaged earlier in the year.

Its last log trains from the mid-north will also stop in September with KiwiRail ending its contract with the Marusumi chipmill at Portland.

Save Our Rail Northland said connecting the Northland lines to the forestry port would cost $250 million but it was a pittance compared to the government spend on roads.

Spokesman Alan Preston said New Zealand spent $21m a day importing oil, while a railway line that could take logs all the way to the port would make the network viable.

Mr Preston said there was a lot of unease in the Northland community over the threat to rail.

Early this month Labour's transport spokesperson Sue Moroney said the imminent closure of part of the Northland railway line was a vote of no-confidence in the region.