A multi-million dollar property on Waiheke Island has been burnt to the ground by firefighters as part of a training exercise.

The two-level house at Boatshed Bay - which reportedly sold for more than 14-million dollars just two years ago - was given to the Fire Service. 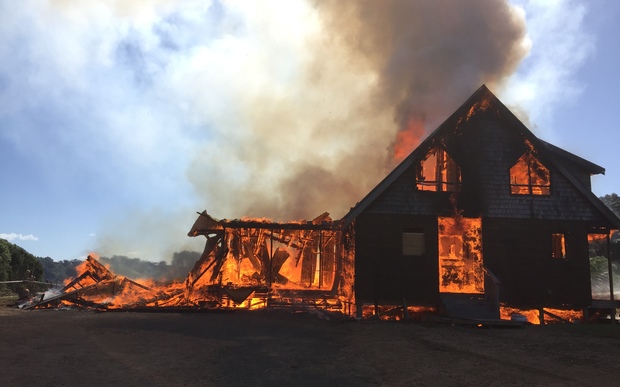 The house on fire at Waiheke Island. Photo: Supplied

He said 34 firefighters were involved in the training exercise and many would remain on the scene to make sure it did not reignite.

Counties Manukau fire service area commander, Larry Cocker, said on Wednesday that the Fire Service had to jump through hoops to be able to burn the property.

But It was the best training possible, and extremely rare, he said.

A number of spectators watched the fire from boats in the bay today. 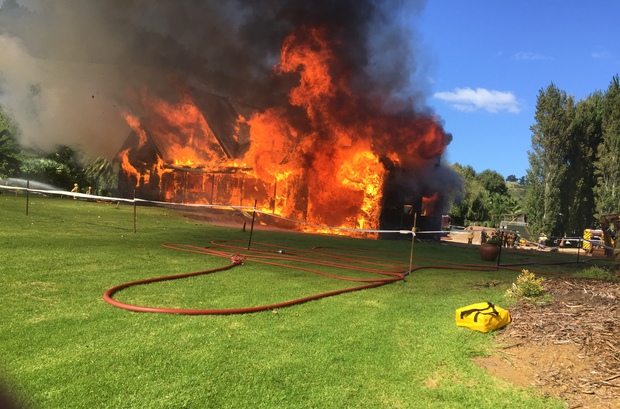