A Canterbury man who watched the home he grew up in burn down yesterday says he's not sure it will be insured because the fire was a burn-off.

Graeme Knowles and his father Roger Knowles tried to fight the fire at the family farm on Homebush Road, one of several to flare up in high winds in Canterbury yesterday, but the wind-blown embers lit the hedgerows around them and the home burned down. 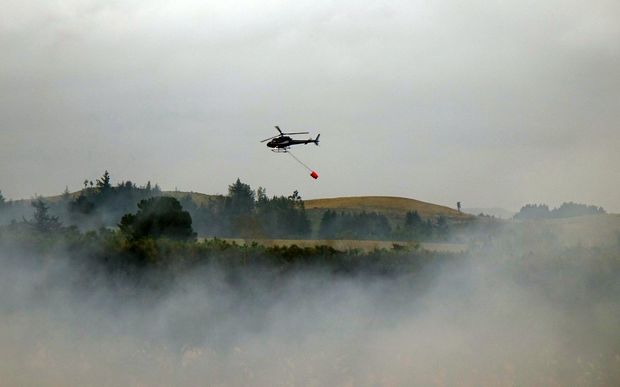 A helicopter with a monsoon bucket at work in Canterbury. Photo: RNZ / Conan Young

He told Checkpoint with John Campbell the house was insured but he is unsure if the insurer will pay because the fire was originally set as part of a controlled burn-off at a nearby property three weeks ago.

"We're insured, but this is going to be an interesting one...being a consenting burn-off, who pays for this?

"We've got assessors coming out shortly so a lot of questions will be answered then."

Monsoon buckets managed to put a few fire hotspots out at first, Mr Knowles told RNZ News as he watched with his father as the house was bulldozed just before 10pm last night.

"But then another fire started down another hedgeline and just made a bee-line. We had a local cop here and he was radioing the helicopter saying get over here now to get it out, but they never made it."

Asked if a monsoon bucket of water on the house would've saved it, he said: "Absolutely, absolutely. We had it under control. There's been numerous balls-up here. There was no firefighters around, it was odd." 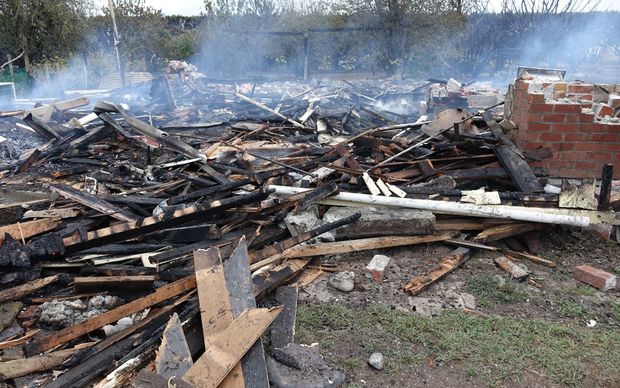 He didn't know what the future held for him and his father, but said the deer farm they ran together would have to close.

Earlier, in the mid-afternoon, he and his father had gone out to watch the blaze in the Dean Hills.

They soon realised the windblown embers were a threat, even though the family's deer farm was several kilometres away.

"The wind was so strong it was picking up embers and literally taking them 700 to 800 metres and blowing them into hedgelines, and that's how this one started," he said.

"There's paddocks in between that haven't been touched, the fire's jumped those whole paddocks. It's unreal.

"We worked out pretty quickly it was jumping all over the place, and then by the time that it got very close to the house, we had it out a couple of times.

"[The] fire brigade had run out of water because there was just other fires around and there was only one helicopter working, and that was working on the main fire not ours. And then over a period of three hours we watched the house burn."

Despite the neighbour's efforts at creating a break in one of the hedges leading to his family home, the fire made its way along another hedge and burned it to the ground.

He thought the Fire Service could have had more tankers on hand to help extinguish the blaze, but acknowledged the gale force winds last night made the blaze incredibly difficult for them to get on top of.

"Although we had crews in there (because of) the size of it, they just ran out of water and just weren't able to bring enough to bear at the right time.

"That's just unfortunately one of the challenges of these sorts of fire." 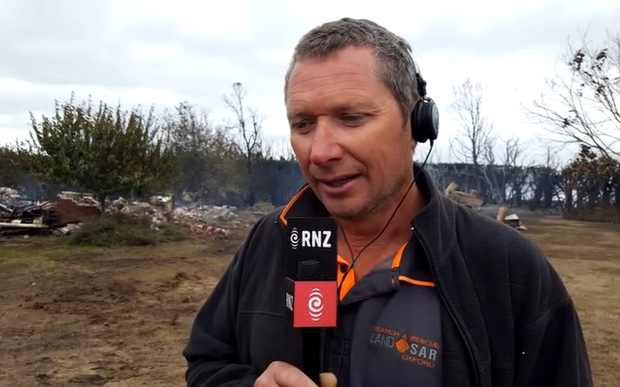 By 6pm, with friends around, he realised it was all over for the home he grew up in.

Later, he and his father returned to salvage what they could - a car, a jetboat and a tractor. But all the family photos, his father's gemstone collection and almost everything else inside was lost.

"It's 100 percent gone. They're pushing the chimneys over as we speak right now, with a digger.

"We're just going to pack up and go [to my] home now. I'm not really quite sure how I feel to tell the truth, it's the legacy of the family farm is no longer standing."

His father, who was still living in the house will now move in with them.