The Resolution Medal, which Captain James Cook gave to Maori in 1772 has sold for over $20,000 dollars at an auction. 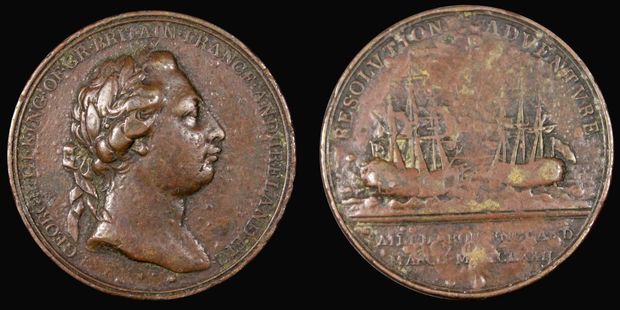 The Resolution Medal was given to Maori by Captain James Cook in 1772. Photo: SUPPLIED

The medal was one of ten given out by Captain Cook to Maori.

The medal was passed down to a family in Whanganui who wanted to sell it to keep it in safe hands.

"It really is the first piece of European history in New Zealand, there is nothing else of Captain Cook's voyages to New Zealand which survived, but this medal does and so it's the first item of post-European settlement in New Zealand."

John Mowbray said the auction was won by a New Zealand institution.