The speed limit in central Christchurch is due to decrease from 50 kilometres per hour to 30, from next week.

The new speed limit applies to the area bounded by, but does not include, Kilmore, Madras and St Asaph streets. Victoria Street and sections of Colombo Street are also included.

Mr Thomas said the 30 kilometres per hour speed limit will provide a safer transport network, along with more accessible central city streets for everyone to travel, work and shop.

"The change is part of a number of transport projects under the An Accessible City programme of works and was influenced by the 'Share and Idea' campaign, which identified residents wanted the Central City to be safer for all forms of travel." 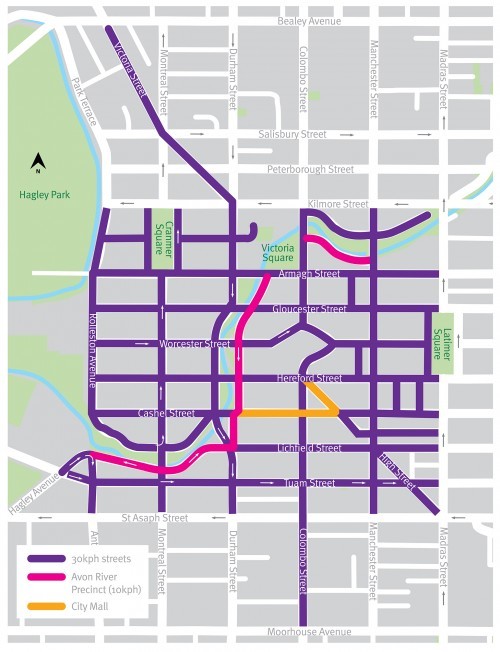