The South Island's first fast charger for electric cars has been opened in Dunedin, with promises it will help curb 'driver range anxiety'. 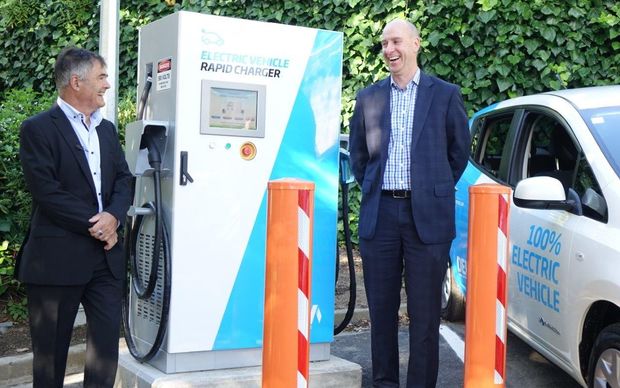 Dunedin mayor Dave Cull and the chief executive of the council-owned company Delta lifted the lid off the charger this morning in the Filleul Street car-park.

Delta has spent $79,000 installing the fast charger, which will give a full charge in under half-an-hour.

There are a growing number of charging points for their cars, but this is the first rapid charger in the South Island.

Delta says the charger will be free for the first year, and between $5 and $10 per tank after that.

Dave Cull said electric car sales were low because it was a chicken-and-egg situation.

"So this is a really good start... I would love to see hundreds more electric vehicles around Dunedin," Mr Cull said. 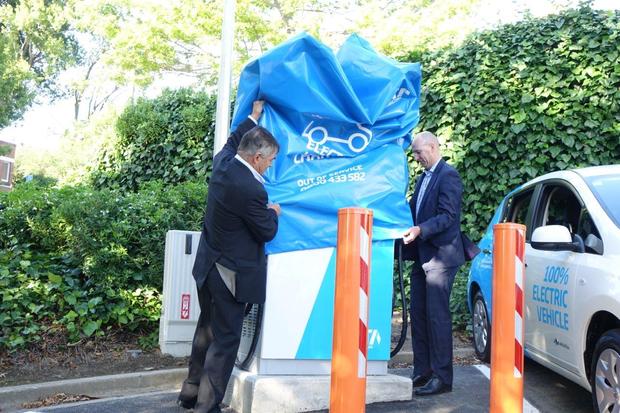 Delta chief executive Grady Cameron said buying electric cars was really taking off as a conversation, and as Dunedin's electricity supplier, the company should enable Dunedin to be part of that conversation.

With popular models, like the Nissan Leaf, having a maximum travel distance per full charge of 135 kilometres, drivers have to watch their travel, and worry about leaving town and not being able to get back the same day.

Electric cars are starting slowly in the South.

There are only 20 registered vehicles in Otago, and only about 10 in Dunedin.

Nearly every one of Dunedin's 10 electric car owners attended the launch.

The owners said the fast charger was a game-changer, because they would be able to move around the city knowing they could get quick top-up to get home.