A man whose brother was incapacitated after falling and damaging his spinal cord in a McDonald's carpark says he wants accountability for the accident. 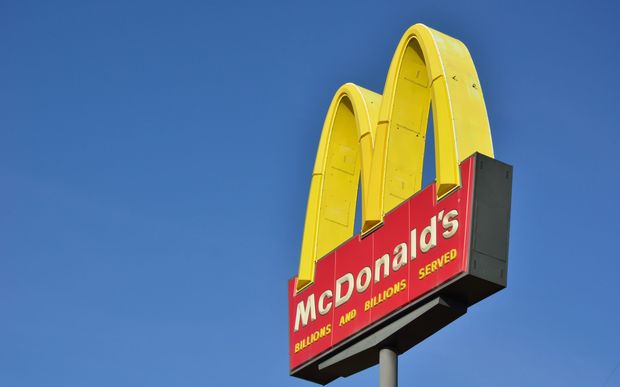 Brothers Barry and Andy Beech were walking across a zebra crossing at the Whangarei McDonald's drive through last August when Andy tripped over what Barry described as a square-cut kerb which jutted out of the crossing.

He said the kerb was unnoticeable and since his brother's story had come out he had heard of a number of people falling over it.

Barry believed either the council or McDonald's had been negligent and his brother was paying the price.

Forty-six year-old Andy now resides at a rest home in Dargaville with terminally ill and dementia patients and was unlikely to ever walk again.

"Six months later and he's still not able to walk and his thumbs are still kicked in. He still can't get full movement of his hands, his arms do move, but he doesn't really have a lot of control over a lot of it."

Barry said when he contacted McDonald's about the accident the company did not want to know, and the communication was horrendous.

McDonald's has paid the Beech family $5000 as a goodwill gesture to help them with costs for looking after Andy.

In a statement it said Andy Beech's accident and related injuries were tragic and that over a period of weeks and months it was in contact with Barry Beech and could see the hardship Andy's medical condition placed on himself and the wider Beech family.

"We felt huge empathy to the Beech family and the impact of the accident had on them. As a gesture of good will, and to help the Beech family with financial costs, we contributed $5000 for the family to use as they wished. This was a unique situation, and while investigations found no wrongdoing on the part of McDonald's, we felt the financial contribution was the right thing to do."

McDonald's said it took remedial action over the kerb within a week, that its head office was in touch with the family within days of the incident, but admitted the Whangarei restaurant could have handled the situation better.

WorkSafe investigated the incident and said it would not be taking further action.