More than half of Karamea's residents turned up at a protest yesterday against planned changes to policing on the West Coast, says the local mayor. 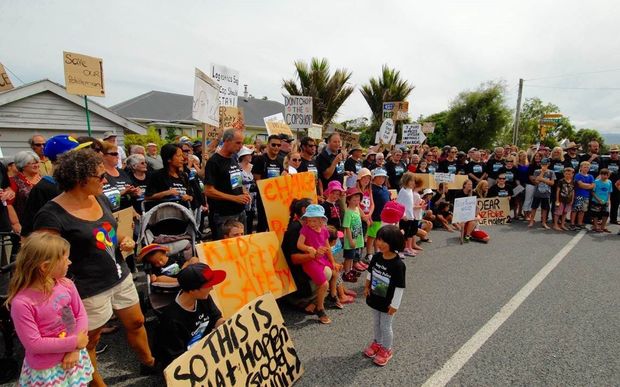 Hundreds turned out to protest the plan to change policing on the West Coast. Photo: Supplied / Paul Murray

About 300 people protested against the plan in the small town, nearly 100 kilometres north of Westport.

Buller mayor Garry Howard said people were worried crime would increase and Karamea would be worse off in emergency situations.

"You're losing a leader in the community, civil defence person, search and rescue person. Whenever there is a bereavement or death, he is the first person there for console. And it's remote. It does get cut off and it is going to continue to get cut off."

The deadline for submissions on the plan is Friday.