Exploratory drilling has started on a Wairarapa dams project first mooted in the late 1990s, but construction remains several years off. 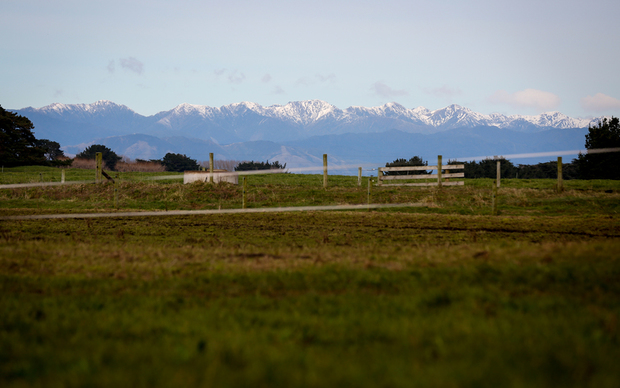 The scheme aims to triple irrigation for the flatlands below the Tararua Ranges, which are usually parched in summer, by taking some of the area's 5-6 metres of annual rainfall.

It would use stored water behind a dam to more than triple the amount of agricultural land that gets irrigation and also offer recreation in lakes.

The Wairarapa Water Use Project has started drilling at the two sites that could be used for storage lakes.

Project director Michael Basset-Foss said the holes, between 30 and 80 metres deep, were being drilled at Black Creek in the Kaituna area west of Masterton and in the Tauweru catchment northeast of Tividale. 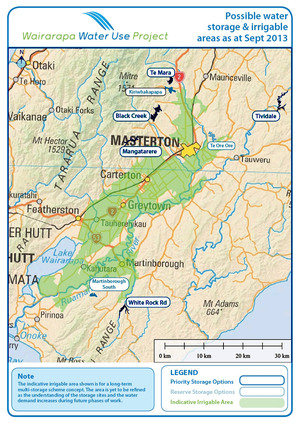 The five sites that were being considered for the project in 2014. Drilling has started at Black Creek and Tividale. Photo: SUPPLIED

"We've done scraping of the surface materials but we haven't drilled down deep," he said.

"We've done seizmic refraction work to see how deep the gravels are, but we really want to see what's under the gravels ... this is about the foundation work that's required for these potential dams."

The drilling is scheduled to take about two months to complete and will provide core samples for geotechnical assessment of the viability of building dams there.

Mr Basset-Foss said actual construction of the dams would still be several years away.