A Nelson policeman awarded one of the service's highest commendations for his services to youth today said most offending by the young was related to their care and protection. 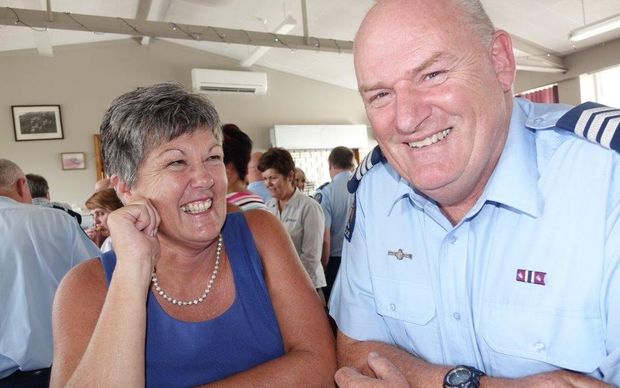 Sergeant Karl Parfitt of the Nelson Police, and his wife Marg Parfitt at the police awards ceremony in Nelson. Photo: RNZ / Tracy Neal

Sergeant Karl Parfitt - whose police career spanned 30 years - was awarded the Police Commissioner's Commendation at a ceremony in Nelson today.

Nelson Bays area commander Mat Arnold-Kelly said it was a privilege to present the award to Sergeant Parfitt, whose professionalism and commitment were in keeping with the highest traditions of the New Zealand police.

Sergeant Parfitt said working in youth justice was a way of making real change for those who did not have the same advantages as many, but it often took its toll on police and other support agencies.

"There's always some sadness, particularly when you're dealing with children who are offending, and the cause of their offending is based around their care and protection, and issues they have which create their offending. They're not necessarily bad people - they're young people who do bad things for various reasons.

"There's a lot of disadvantage and unfortunately that often leads to offending," he said.

Sergeant Parfitt credited his police team, as well as agencies such as Child Youth and Family and Child and Adolescent Mental Health services, for the work they did in the area of youth justice and support, along with the Whakatu Marae in Nelson.

"All of these agencies make a huge contribution to changing these people's lives."

He said the privacy rules meant most of the work was hidden from the public, which he said would probably be surprised and impressed by what went on in the youth justice services.

Sergeant Parfitt said New Zealand was a world leader in areas of youth justice, and legislation introduced in 1989 that gave rise to the family group conference had since been copied around the world.