Hamilton Zoo has welcomed a highly anticipated baby chimpanzee to its ranks. 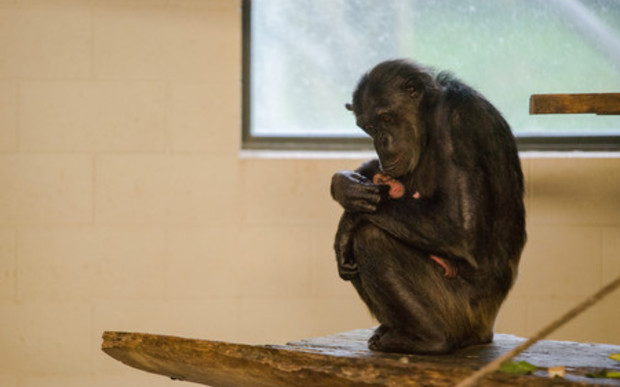 The adult chimpanzee Sanda gave birth to a daughter late on Monday night.

It brings the zoo's chimpanzee population up to six, she joins her parents Sanda and Luka, plus the other adults Lucy, Lucifer and Sally.

Sanda's labour and birth was filmed by the zoo, the baby chimps father Luka could be seen closely watching over Sanda during her delivery.

"Luka's behaviour is very encouraging for us, he will be vital to the baby's upbringing and acceptance into the troop" she said.

Zoo staff had already observed the other chimpanzees checking out the new baby from a distance, but they had not pushed the maternal boundaries and were giving Sanda some space.

Ms Nichols said chimps post birth behaviour is similar to humans, and that Sanda and her baby are likely to stay out of sight in the chimp house for about a week before visitors can see them.

Chimpanzees are on the International Union for the Conservation of Nature's list of endangered species.