A company operating an inflatable slide which collapsed while children were playing on it at the Hamilton Gardens has been banned from operating there. 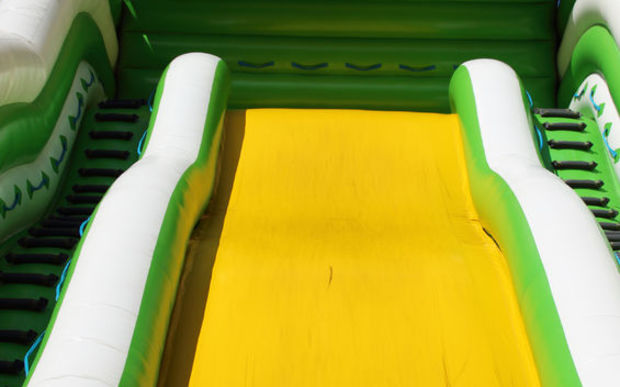 The Hamilton City Council and organisers of the Gourmet in the Gardens said Event Fun would not be allowed to return to the gardens.

The Institution of Professional Engineers (IPENZ), which certifies fairground rides, said the rules around inflatable slides needed to be tighten up.

He said all sorts of things had happened on inflatables, including broken arms, broken legs, people falling off and structural collapses.

"IPENZ has been lobbying for tighter regulation of these devices, inline with the same standards that are applied to other, so-called 'amusement rides'."

Event Fun has said the collapse in Hamilton was not a failure of the company's safety protocol, but human error by a staff member.